Article printed on page 17 in the December 8-9, 2007 issue of
The Mississauga News under the feature: Health & Wellness, Medicine Matters. 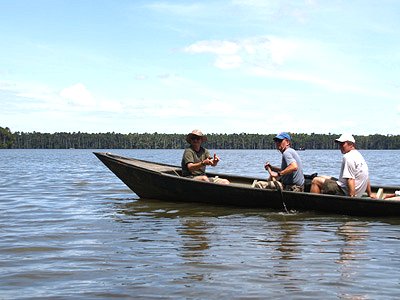 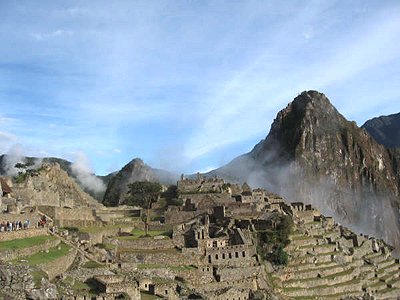 There is a romantic folklore about the Amazon jungle and how it contains the answers to all human disease. Watching "Tarzan" as a child imprinted wild images of what a "jungle" might be. Actually traveling through a jungle injects brutal reality into those childhood images. The rate of rainforest extinction is shocking and should be of greater concern to us all. Whilst it is true that much research is aimed at unlocking hidden potential, there is a great variety of common knowledge employed on a daily basis. Despite the existence of a traditional medical structure, I was surprised to find a reliance on the shaman in the jungles and highlands of Peru. It is more attributable to availability and poverty than to disbelief. Medication tends to be expensive as is travel to a hospital. Shamen are simply local people with a handed down and good knowledge of the plants and some insects around them, and how they can be used to treat various maladies. Some treatments are simple and straightforward, such as drinking "Cocoa" tea from the cocaine family to ward off fatigue and hunger, or inhaling the fragrance of "Mucha" plants to aid in breathing problems. More elaborate extracts, such as "Ayahuasco" with its many alkaloid derivatives producing altered mental states during spiritual ceremonies, require meticulous care in preparation in order to avoid toxicity. "Digestive" problems seem to be a common complaint and there are numerous concoctions to treat them. There is a certain essential spiritual element to bearing witness of mother earth providing you the means to help "balance" your system. Without this spirituality, the potency tends to decrease. It appears to be part of the universal human condition rather than voluntary choices, especially for those who have difficulty understanding that our survival over the eons has depended more on unalterable genetic programming.

Moses was my jungle guide, a local native who was raised in the Amazon, but sent to the city to attend university. He was tasked with teaching me how to move through the jungle safely. The jungle is so rich in animals and flora, that it becomes essential to learn the basics to avoid perishing. His first-aid kit lay in the forest around us, and his machete was the symbolic tool used to interact with it: Achoi tree bark for inflammation, crude milky papaya extract for indigestion, and a host of plant roots for various pains and headaches. Hospitals are generally used for more serious ailments such as large lacerations, cancer, and ongoing conditions that the shaman cannot improve.

There is a historic perspective to jungle medicine. The advent of European conquerors in the 16th century brought new diseases such as measles, smallpox and influenza. Scores of shamen were virtually helpless against these new scourges, despite their knowledge of jungle plants. Study of ancient mummies also suggests that South America had endemic syphilis, tuberculosis and cancers. Infections such as malaria, chagas, and yellow fever continue to afflict locals. You would think that if the knowledge of jungle cures was extensive, the devastation could be avoided. One thing is for sure, religion and health are almost synonymous. Outside of larger centers, there is a certain mistrust of preventive measures such as immunizations and many children go without despite available programs.

It is somewhat of an anachronism that from the depths of such poverty we in the developed world continue to find new treatments. The Amazon is the richest area of diversity on the globe. Locked within that diversity are yet undiscovered mechanisms regulating plant and animal life that could enrich the health of humans. I am truly saddened by the realization that I may be part of a last generation to witness the Amazon jungle, and the extinction of this hidden knowledge base containing cures and remedies should become a global priority.

Note: A number of Shamanism tours and workshops have sprung up as more people are interested in learning about the healing powers of herbal medicine in the Amazon.

● Sacred Teacher-Healer Plants of the Peruvian Amazon. Site includes photos of medicinal plants: Ayahuasca (Banisteriopsis caapi), Chacruna (Psychotria viridis), Toé (Brugmansia suaveolens), Mapacho (Nicotiana rustica).
● Welcome to the Rainforest - Pharmacy to the World from Raintree Nutrition.
● Ayahuasca Traditional Medicinal: The Amazon - Peru.
● EthnoMedicine Preservation Project (EMPP). The purpose of the Project is to preserve the medicinal plant knowledge of indigenous cultures through documentation, exchange of information and preservation of habitat for future generations.
● Book Review: The Healing Power of Rainforest Herbs: A Guide to Understanding and Using Herbal Medicinals by Leslie Taylor. "A guide to over seventy rainforest botanicals and their uses. Rainforests contain hundreds of plants - over half the planet's vegetation - and for centuries tribal shamans have used these plants as health remedies."
● Book Review: Sacred Plant Medicine: The Wisdom in Native American Herbalism by Stephen Harrod Buhner. Buhner "looks at the long-standing relationship between indigenous peoples and plants and examines the techniques and states of mind these cultures use to communicate with the plant world... For each healing plant described in the book, Buhner presents medicinal uses, preparatory guidelines, and ceremonial elements such as prayers and medicine songs associated with its use ... first in-depth analysis of how the Native Americans communicated with the plant world to heal human ailments."

Home     Other Articles by Dr. Kujtan