Cabin Fever and Your Health

Article printed on page 9 in the February 21-22, 2009 issue of
The Mississauga News under the Feature:
Health, Wellness & Beauty, Medicine Matters 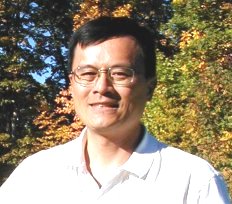 When Shakespeare wrote in Much Ado about Nothing, "Such a February face. So full of frost, of storm, of cloudiness," was he thinking of those mid-winter blahs that we commonly refer to as Cabin Fever? Mid-January to March is the coldest time of the year for residents of this hemisphere and it is of no surprise that we stay indoors more. Cabin fever is defined as that claustrophobic feeling one gets when isolated inside a tiny house in the winter. Grumpy people are vocal this season.

There are three ways to look at this yearly phenomenon. Dr. Dunn Young at Ohio State University found that the greatest number of deaths occured in the winter. He looked at a million death certificates in the state of Ohio over eleven years. Dr. Young found that the two weeks before and the two weeks after January 1 to have the greatest number of Death Certificates when cardiac, stroke and cancer patients succumbed to their illnesses. We know that broken bones for seniors and asthma attacks also occur more frequently in winter.

The second way to think of cabin fever is to look at the high concentration of people in confined places such as schools, offices and houses. The quiet frozen sports fields are replaced with sports fans sitting in front of "big screens". Influenza viruses spread in confined spaces. There are also the psychological and physical pressures of work.

Thirdly, cabin fever may be related to the lack of life-giving sunlight to the human skin. Doctors from England confirmed the need for vitamin C for sailors. Obstetricians know that folic acid helps mothers produce healthy babies. Now, doctors are recommending blood tests to search for low vitamin D essential for one's bones, and possibly also for brain and colon health. Lack of sunlight on one's skin during the winter is a cause for low blood vitamin D.

The good news is that many great civilizations have been located in the temperate latitudes. Food and hospitable land have been available for those who have made the effort to endure winters. Anthropologists tell us that early man followed the melting glacier in search of game and fresh water. Presently, we create heated homes, hockey teams and bridge clubs. Winter is the season for community building.

In recent history in our latitude, telephones, airplanes, the printing press, water fluoridation and vaccines have been invented in the labs. Winter gives us the chance to focus and get our thoughts in perspective. In his Inaugural speech (in mid-winter), President Barack Obama said that we came to meet the dangers of winter, " when nothing but hope and virtue could survive." How does one avoid the negative effects of cabin fever with its temptations like excess alcohol, gambling and tobacco? If someone you know is not functioning well for over 10 days, get him to his regular doctor. The hospital is available for emergencies.

We can overcome cabin fever. Clearly, planning to stay healthy is the first step. Doctors have learned that periodic health exams are important. More psychiatrists and family doctors are prescribing medicines as well as small laptop-sized light units which produce enough light to counteract Seasonal Affective Disorder (SAD), i.e. the winter blahs. Local governments encourage winter activities by maintaining outdoor skating rinks, like the one found at the Civic Centre, [13 Arenas/Skating/Hockey Rinks], 11 indoor swimming pools, and senior activity centres. You all know of winter-lovers: skiers, pet dog walkers, club members and children at recess. Don't despair. Many celebrations are awaiting us: lunar New Year, Easter, Passover. The days are getting longer and brighter. Onward to spring with its warmer, greener days; as the Beatles promise, "Here Comes the Sun."

Dr. Martin Chen is a graduate of University of Toronto Medical School.  He has a General Practice in Richmond Hill.

● What Is Cabin Fever? from wiseGEEK. "Cabin fever, while not an actual disease as the name suggests, is a state of restlessness, depression and irritability brought on by an extended stay in a confined space or a remote, isolated area."

● How to Cope With Cabin Fever: All Cooped Up. WebMD Feature. Reviewed by Gary D. Vogin, MD. WebMD Archive.

● How to Beat the Winter Blues and Avoid Cabin Fever from CBS Sacramento.

● How to Avoid Cabin Fever During This Endless Winter by Eliana Dockterman, Feb. 17, 2014.

● How to Cope with Seasonal Affective Disorder by Iris Tse, January 28, 2011.

● Tips for Stay at Home Dads Who Wish to Prevent Cabin Fever from Mama's Health.

● 31 Ideas to Beat Cabin Fever and the Winter Blues by Julia DesCarpentrie.

● Excess winter deaths up 29% from The Guardian. In the past year (2013), the Office for National Statistics estimates that 31,000 excess deaths were due to winter conditions.

● Ode to the West Wind by Percy Bysshe Shelley: "O Wind, If Winter comes, can Spring be far behind?"