Article printed on page 28 in the June 22, 2011 issue of
The Mississauga News under the feature: Health & Beauty, Medicine Matters.

The European vegetable E. coli scare is not really new, and was invented in North America. 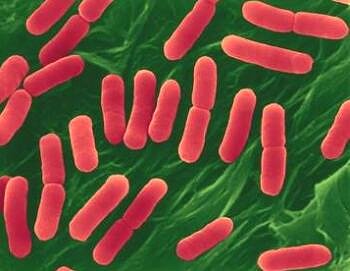 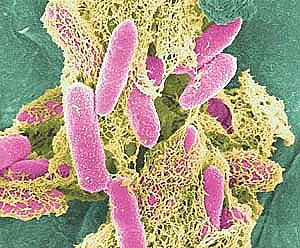 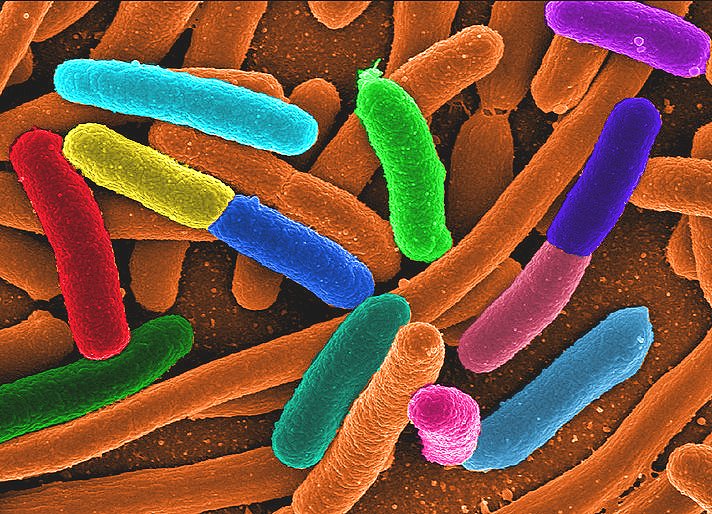 About 25 years ago, front page news was the Hamburger Disease caused by E. coli O157:H7. Cattle can carry this type of E. coli without getting sick, and poor processing lets it slip through into the meat. That same bacteria came back to haunt us when somebody drilled a well down hill from a cow pasture in Walkerton. Cow poop containing this bacteria got into the poorly monitored water supply.

European countries are closing borders, economies suffering over bean-sprouts and what could be prevented with soap and water. Travellers from Germany have returned to Canada, showing signs of the illness, but there is no fear of any epidemic ensuing. It should remind us of the summer food hazards.

Escherichia Coli are a group of bacteria that for the most part are useful. They are normally found in our intestinal tract and perform helpful digestive functions. Through the process of genetic diversity, cells can trade genetic material and other information. The O157:H7 strain has aquired an ability to produce a toxin that binds to the receptor of a cell and shuts down cell function, causing it to die.

In real terms, this produces bleeding in the intestine, failure to absorb and a profuse bloody diarrhea. This can be fatal. More problematic is that this strain is difficult to identify using regular methods, and has aquired genetic coding to make it drug resistant. The cells in cow stomachs dont have a receptor that the toxin can latch onto so they are not affected.

The warmer days of summer are fraught with food perils. It is more likely to occur when someone else prepares your food, and related to poor food storage, handling and under-cooking when ambient temperatures accelerate bacterial growth. The symptoms range from a mild stomach upset, all the way to experiencing blood heavy diarrhea, fever, vomiting, dehydration and hospitalization.

Our immune system protects us from an awful lot of the assorted microbes that hitch a ride on our food. It comes as no surprise when we notice that immunodeficient persons suffer more food poisoning. These include infants, the elderly, diabetics, cancer patients and people taking medicines that modify immunity.

About 75% of food poisoning is due to bacterial culprits, but we also see parasites such as giardia, and toxoplasmosis, viruses such as Hepatitis A and rotavirus, and chemicals in the form of pesticides, mushroom toxins, fungal aflotoxins and reef fish poisons. These last few are the easiest to diagnose because numerous symptoms appear almost immediately and you know that you are in trouble.

Contamination of food is often caused by improper preparation and inexperienced handling. Contamination can be limited to a small portion of food. For example, it may only affect the first steak off the grill that is placed on the same plate used to season the raw meat. In this case, it follows that only the person eating that steak and no one else stands to get ill.

Use your sense of smell. If it smells bad, avoid it. Cooked food which has sat out for more than 2 hours should be viewed with suspicion. When re-heating, get the food steaming hot. Use a temperature probe for cooking. Wash fruits and vegetables well using a scrub brush.

In unfamiliar territory, try to sneak a peak at the prep area if possible. If you would not be tempted to cook there, then do not eat there.

Remember the next time you have a loose bowel movement that it may be more than just wholesome food selection. Statistically, we will all suffer 2-3 bouts of some form of food related symptoms each year.

● What is E. Coli? From WebMD. "E. coli (Escherichia coli), is a type of bacteria that normally lives in your intestines. It's also found in the gut of some animals ... While many of us associate E. coli with food poisoning, you can also get pneumonia, breathing problems, and urinary tract infections from different types of the bacteria. In fact, 75% to 95% of urinary tract infections are caused by E. coli."

● 12 Fish You Should Never, Ever Eat by Editors of Prevention, Healthy Living.

● Public Advisory: E. coli outbreak Update: June 21, 2011  "This outbreak appears to be over." From Public Health Agency of Canada.

● How to Prevent E. coli from eHow.

● How to Prevent E. coli Infection from eHow.

● E. coli Enteritis. Symptoms, diagnosis and Treatment of E. coli Enteritis, from Health New York Times. "E. coli enteritis is inflammation of the small intestine from Escherichia coli ( E. coli ) bacteria. It is the most common cause of travelers' diarrhea."