Article printed on page 26 in the February 6, 2013 issue of
The Mississauga News under the feature: Health & Beauty, Medicine Matters.

At this time of the year, there is a lot of illness around and the terminology becomes unclear and confusing. Many patients come in and tell me that they have the flu. When I ask for more details, their descriptions all differ. Perhaps a little refresher course may help us all to understand this. 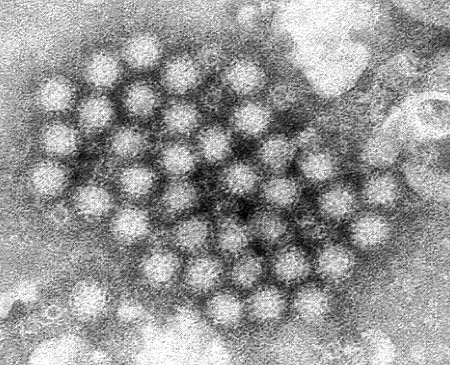 The most recent “flu” to hit our region is caused by a new variation of a pesky virus in the Norovirus Family. This flu causes one to vomit and have diarrhea for a couple of days. In most cases, it passes quickly. There should be no blood seen in the diarrhea. It has some similarities with influenza (coughing flu) and more severe lung flu also caused by various viruses, with symptoms of headache, fatigue, muscle aches, fever and malaise.

The stomach flu caused by the Norovirus is not transmitted in the air. People acquire it from other people and food. It can be prevented with excellent hygiene technique and scrupulous hand washing. This, of course, has no effect if the people preparing your food do not wash their hands, or if the food is contaminated.

Of interest is that to prevent the vomiting flu, you need to use heat or soap. Proper cooking of food is the key. The outside capsule of this tiny virus does not have a fat coat, so that alcohol cleaners do not work very well in denaturing it. Although there is no vaccine to prevent this virus, the good news is that once you have had it, you acquire immunity from reinfection, and it does not mutate as readily as the influenza virus which causes the coughing flu.

The coughing flu, called influenza, can last up to six weeks. It can cause pneumonia and other illness in people. You can prevent it with a vaccine, but the virus tends to mutate and the vaccine becomes ineffective.

To be clear, the most recent flu to hit us is the vomiting and diarrhea Norovirus flu. Treatment is by using gravol, a mild analgesic and rehydrating with fluids. If it lasts longer than a few days, you should be evaluated by a health professional.

● Norovirus (Stomach Flu) from Health Link British Columbia. What is Norovirus? What are the symptoms? How does the virus spread? Is there a treatment? How can the virus be prevented? How can I reduce the risk of getting infected from cleaning up vomit or diarrhea?

● Norovirus from Wikipedia. "Noroviruses are a genetically diverse group of single-stranded RNA, non-enveloped viruses in the Caliciviridae family. The viruses are transmitted by fecally-contaminated food or water; by person-to-person contact; and via aerosolization of the virus and subsequent contamination of surfaces. Noroviruses are the most common cause of viral gastroenteritis in humans,[4] and affect people of all ages.

Norovirus infection is characterized by nausea, forceful vomiting, watery diarrhea, and abdominal pain, and in some cases, loss of taste. General lethargy, weakness, muscle aches, headache, coughs, and low-grade fever may occur. The disease is usually self-limiting, and severe illness is rare. A small number of people die, mostly the very young, the elderly, and persons with weakened immune systems."

● Norovirus from NHS.uk. "Norovirus, sometimes known as the winter vomiting bug, is the most common stomach bug in the UK, affecting people of all ages. The virus, which is highly contagious, causes vomiting and diarrhoea. As there is no specific cure, you have to let it run its course, but it should not last more than a couple of days."

● Noroviruses - Fact Sheet from Public Health Agency of Canada. Causes, Symptoms, Diagnosis, Treatment of Norovirus. "Noroviruses are a group of viruses that cause gastroenteritis (illness that usually includes diarrhea and/or vomiting) in people. This illness (gastroenteritis) is often called stomach flu, although it is not related to the flu (or influenza) which is a respiratory illness caused by the influenza virus. The term norovirus was approved as the official name for this group of viruses in 2002. Previously, they were called Norwalk-like viruses, as norovirus was first identified as a virus in 1972 after an outbreak in Norwalk, Ohio.

● Norovirus from Centers for Disease Control and Prevention (CDC). Preventing Norovirus Infection,
For Food Handlers: Norovirus and Working With Food,
For Health Care Providers: Clinical Overview, Laboratory Diagnosis and Treatment,
Trends and Outbreaks: Each year, norovirus causes about 21 million cases of acute gastroenteritis (inflammation of the stomach or intestines or both), contributes to about 70,000 hospitalizations and 800 deaths, mostly among young children and the elderly. You can get norovirus illness at any time during the year. But, it is most common in the winter.
Foods that are commonly involved in outbreaks of norovirus illness are: leafy greens (such as lettuce), fresh fruits, and shellfish (such as oysters).

● NoroNet is an informal network of scientists working in public health institutes or universities in 13 European countries ... who share surveillance and research data on enteric virus infections, focusing mainly on norovirus.