Note: This is a slightly modified Canadian version of November 15, 1917, Night of Terror - Women Fought for Our Rights from Amazing Women Rock. ~ Received by email, 8 June 2010.

2010 is the 81st Anniversary of the Persons Case in Canada, which finally declared women in Canada to be Persons!

All women who have ever voted, have ever owned property, have ever enjoyed equal rights need to remember that women's rights had to be fought for in Canada as well.

Do our daughters and our sisters know the price that was paid to earn rights for women here in North America?

This is the story of women who were ground-breakers. These brave women from the early 1900s made all the difference in the lives we live today.

Remember, it was not until 1920 that women were granted the right to go to the polls and vote. 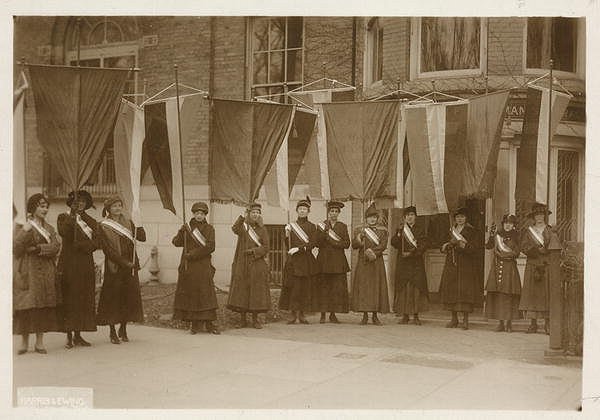 The women were innocent and defenseless, but when, in North America, women picketed in front of the White House, carrying signs asking for the vote, they were jailed. And by the end of the first night in jail, those women were barely alive.

Forty prison guards wielding clubs, with their warden's blessing, went on a rampage against the 33 women wrongly convicted of "obstructing sidewalk traffic."

They beat Lucy Burns, chained her hands to the cell bars above her head and left her hanging for the night, bleeding and gasping for air. 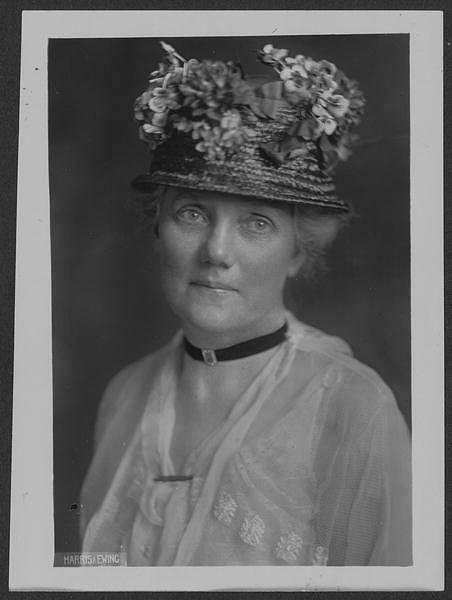 They hurled Dora Lewis into a dark cell, smashed her head against an iron bed and knocked her out cold. Her cellmate, Alice Cosu, thought Lewis was dead, suffered a heart attack. Additional affidavits describe the guards grabbing, dragging, beating, choking, slamming, pinching, twisting and kicking the women.

Thus unfolded the "Night of Terror" on November 15, 1917, when the warden at the Occoquan Workhouse in Virginia ordered his guards to teach a lesson to the suffragists imprisoned there because they dared to picket Woodrow Wilson's White House for the right to vote.

For weeks, the women's only water came from an open pail. Their food -- all of it colorless slop -- was infested with worms. 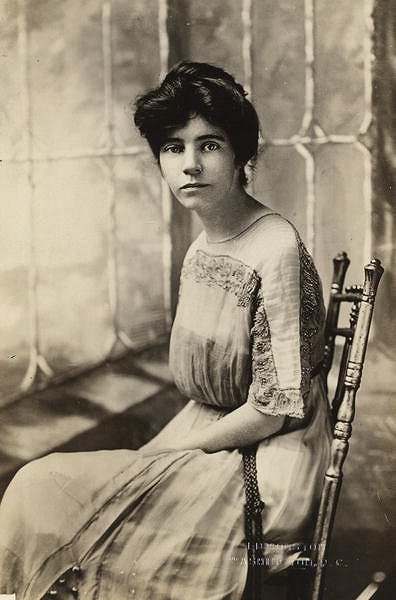 When one of the leaders, Alice Paul, embarked on a hunger strike, they tied her to a chair, forced a tube down her throat and poured liquid into her until she vomited.

She was tortured like this for weeks until word was smuggled out to the press.

The Campaign for Women's Suffrage from Learning: Dreamers and Dissenters, British Library.

An Introduction to the Woman's Suffrage Movement. The Right to Vote: Women's Most Radical Demand, from National Women's History Museum (NWHM).

League of Women Voters from Wikipedia.

Liberation Deferred?: The Ideas of the English Canadian Suffragists, 1877-1918 by Carol Lee Bacchi. "Canada's early feminists, the suffragists, were not radical women. They belonged to the economic elite of this country and were well educated."

Lucy Burns 1879 - 1966: Leader of the National Woman's Party. "With distinctive flame-red hair that matched her personality and convictions, she was often characterized as a charmer and a firebrand - and the crucial support behind her friend Alice Paul's higher-profile leadership. Born in Brooklyn, New York, to an Irish Catholic family, Burns was a brilliant student of language and linguistics."

The Persons Case. "The Edmontonian, Emily Murphy, became the first female judge in the British Commonwealth on January 1, 1916. On her very first day in court and frequently thereafter, lawyers would begin by objecting to having their cases heard by a female judge on the basis that women were not defined as "persons" by the British North America Act ... The Provincial Court of Alberta in 1917 overruled this objection by declaring women 'persons' in every legal sense."

Suffrage from Wikipedia. Includes History of suffrage around the world.

The Suffrage Movement. "Canadian women began to organize to secure the right to vote in federal and provincial elections as early as the 1870s ..." from Alberta Online Encyclopedia.

Suffragette from Wikipedia, the free encyclopedia.

The Suffragists. May 24, 1918 Canada Elections Act: Women Get the Vote.

Timeline of women's suffrage. 18th to 21st centuries, from Wikipedia.

Woman suffrage in the United States was achieved gradually, at state and local levels, during the 19th Century and early 20th Century, culminating in 1920 with the passage of the Nineteenth Amendment to the United States Constitution, which provided: "The right of citizens of the United States to vote shall not be denied or abridged by the United States or by any state on account of sex." ~ From Wikipedia, the free encyclopedia.

Woman Suffrage Movement in Canada. Letter to the Editor, March 1, 1913 Montreal Witness. Summary of the two sides of the issue in Canada.

Women's suffrage in Switzerland from Wikipedia.

Women's suffrage in the United Kingdom from Wikipedia.

Women Vote - "Night of Terror" (Women`s Suffrage/Woman`s Rights). 3:38 min. MacraeCain: "A true story about the harassment, beating, & imprisonment of a group of women protesting their right to VOTE."