In 1857 or 1858, the City of Welland was incorporated - one hundred years ago. The plan was to celebrate this historical event with music, dancing in the streets, shows, contests, displays, fireworks, and of course, a parade. Nothing like this was ever done before.

The biggest extravaganza was the yearly WELLAND FAIR. Thus committees were organized each with a certain goal in mind. Everyone was new at this project, but if we didn't try, we wouldn't know if it could be done successfully. Everybody, please help. Sure, why not, but what could I do?

Thinking back to the old country, the Netherlands, we had a parade after Liberation by the Canadian Army. Anything went, men dressed like women, an old tractor with steel wheels, dragging a bunch of chains over the brick roads, with lots of rattling and sqeeking pretending to be a captured German tank. A young fellow dressed like an old lady, smoking a big cigar, pushing a baby carriage along. A ridiculous situation, but the people loved it.

Many ideas were available. After some consideration, I thought, why not take two model A Fords, cut them in two, then weld the two front halves together and bingo, you would have a unique automobile. Those old Fords were easy to come by and could be bought for $15 to $50 each. It worked amazingly well, the vehicle was a bit longer than the original wheel base, but the inside was quite a bit shorter to sit behind one of the steering wheels.

Dodge came out with a new model car which they called "The Forward Look". I applied this name to our contraption and rightly so, no matter which way you drove, you would always go FORWARD.

The first ever parade in Welland was a howling success. So was our car.

Bud Roberts was in one seat and I in the other. I had made a steel pipe going through the floor, then I lit a fire cracker, dropped it in the pipe and it exploded on the ground below the car, which certainly attracted the attention of the spectators.

Sometimes we would drive up to the float in front then reverse our direction, to prove it could go forward in each direction, much to the appreciation of the parade watchers. However, the man behind us in a brand new Pontiac convertible was not very pleased with the attention we were getting, so as soon as we pulled ahead to reverse our direction he followed so close we got blocked in. Understandably, it must have hurt his dignity. Having such a beautiful, brand new machine and not getting a second look.

After the parade, an American came to inquire if he could buy this eye catcher. "No, I don't think so." At least, not yet, I put a lot of time and work into it and wanted to keep it as a souvenir.

Don Ledingham, a race car driver, invited us to go to Merritville Speedway to give a demonstration. Our reward: $10 plus free admission to the races, which we accepted. We drove onto the track, stopped in front of the grand stand. Both of us got out and pretended to have an argument about which way to go with a lot of pointing and gestures, then drove away the opposite way we had come to the applause of the audience.

What impressed me most in this parade was a 1909 International Truck. This was powered with a one-cylinder, two-cycle engine lying lengthways in the middle between the chassis. I never ever saw another or the same again.

This here first parade was such a success, the committees decided to make it a yearly affair, so they formed the Rose City Festival and started plans already for next year's celebration. Since Welland was called the Rose City, Atlas Steels produced a huge stainless steel rose, which was on a float and donated to the city for future parades, much to the enjoyment of the citizenry.

History of Welland. "The City of Welland became 100 years old on July 24, 1958, and duly celebrated from July 21 to July 28, inclusive, by having special Church services, sports events of all kinds, a Mardi Gras, Band Tattoo, and finally a grand parade. Special lighting on the main streets welcomed the guests home."

Once Upon a Time: Welland's Centennial Celebrations, 1958. Posted on May 16, 2013. "The library has three copies of this DVD, so if you'd like to see the whole DVD, which is 51 minutes long, please check out the Welland Public Library, and borrow a copy." 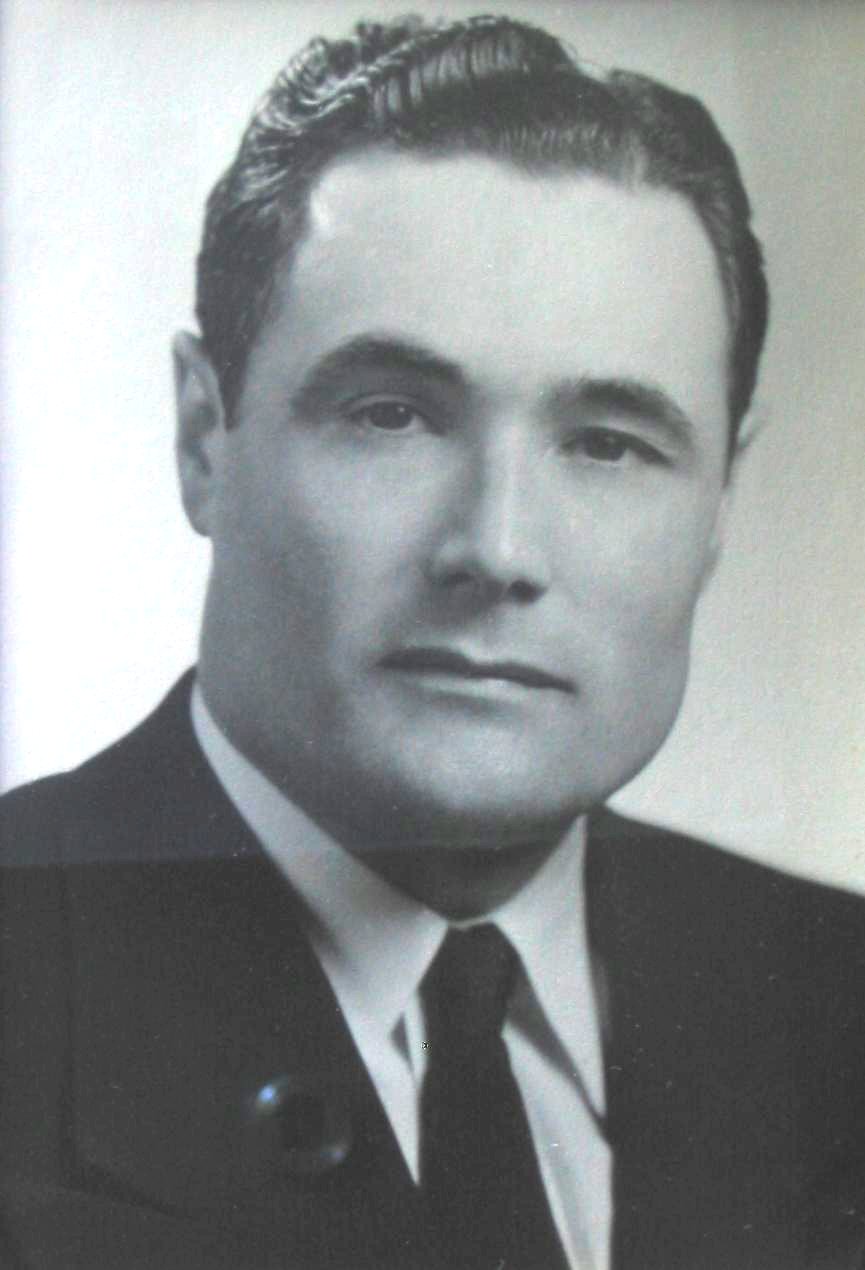 Profile: Armour Livingstone McCrae. "Armour Livingstone McRae owned a sporting goods store, before becoming Mayor of Welland, and 'was the kind of person where if you came from a family without means he would lower his prices so kids could play sports' and considered a 'man of the people' by many ... The year 1958 was his most memorable year spent as the city's mayor. It was the year Welland turned 100. He also developed most of the plans that year, in the hope of making 1958 a memorable year for the rest of the community as well ... Armour Livingstone McRae passed away, on Saturday November 3, 2007, at Toronto, in his 91st year."

Armour McCrae. "Welland remembers Armour McCrae. His role at the pinnacle of this city's government during the years 1953 to 1958 has been indelibly imprinted on the collective memory of this community.

Mr. McCrae passed away Saturday in a Toronto hospital at the age of 90. His impact on Welland and the people near him was captured in a moving story by reporter Allan Benner published Tuesday.
Some people have the fortune to be at a time and place where their deeds and their words retain importance, even decades later.

It's been 49 years since Mr. McCrae led this great community, but the era in which he served as mayor of Welland was an exciting time for the site where rails and water meet. It was a time of ideas and vision, of unbridleed optimism and Mr. McCrae personified Welland's vision of that era.

In 1958, the final year of Mr. McCrae's term as head of council, the city was celebrating its 100th birthday. The centennial year has taken on mythic significance in many Wellanders' minds.

In Memory of Armour Livingstone McCrae 2007. Life Story for Armour Livingstone McCrae. "Of all positions aspired to or later achieved, being Mayor of the City of Welland was always first and foremost in his heart, and the one for which he wishes most to be remembered ... In 1958, as Mayor, he presided over the centennial celebrations of the city, and in that same year was the first to be honoured in receiving the Citizen of the Year Award for Welland-Crowland ... Armour always promoted a better understanding between English and French-speaking Canada, and to that end, was instrumental in 'twinning' the city of Welland with the Québec city of Sorel."

Take me back to a vibrant Welland by Doug Draper. "It was a hot day in July and the sun-washed sidewalks of Main Street were spilling over with people eager to see what organizers of Welland's 'Centennial Week' celebrations promised would be a 'monster parade.'

The day was Saturday, July 26, 1958 - 50 years ago this coming week - and in the eyes of a young boy it seemed like everyone in the world had gathered in the heart of our downtown for our city's 100th anniversary parade. At least that's the way it looked from a platform my dad, who was then president of the Welland Camera Club, set up across from the old courthouse to capture the festivities on film.

I was only seven years old at the time, but still remember the excitement of that day as band after band marched by. I also remember looking up at barred windows of the courthouse -- where, earlier that year, the last execution of a convicted killer was carried out in what was then Welland County -- and seeing the hands of prisoners waving handkerchiefs in celebration.

When the city's own Welland-Crowland Lancers marched by, cheers swelled for a marching band so hot at the time, it would have done the legendary 'march band king' John Philip Sousa proud. A majorette fronting the Lancers hurled a twirling baton more than 20 feet in the air while doing pirouettes before catching it between fingers that twirled it even faster." 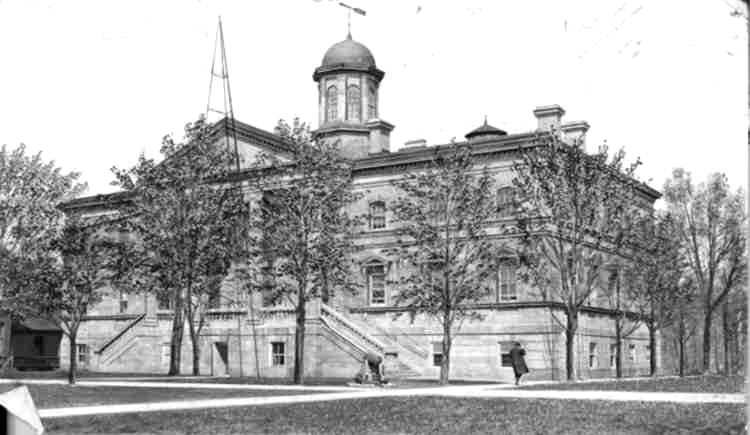