With my last operation, my children started to plot to throw my way of life into the wind and do what I most feared, take over my way of life. In 2011, Leonie moved into my life. Soon after that, we fell in love with each other. As a result, she left her apartment in Fort Erie and came to live with me at 174 St. George Street in the Spring of 2012. The last few years before that was very lonely. I got my dinner delivered at 11:40 am five days a week by Meals on Wheels but when Leonie came, she did all the housework and cooking. It was a hard life for a 94-year-old young lady. So, when the children suggested for us to go into an old people's home, we had to really think about what that would do to us. We went and looked to see how others were making out. We would lose a lot of our freedom, but to live in a place we can afford, getting three meals a day, having a nurse available at all times, having the place cleaned once a week, having some entertainment weekly, etc., we decided we would give it a go and move to St. Charles Village.

For four weeks, I stored, packed and moved. John suggested we got all the grand children to help us plus three trucks, then we could make the move in one day. I was unhappy. It turned out to be total misery as many of my tools got lost, many of my papers disappeared or destroyed. Pictures and early photos with my history were never seen again. I asked Elly, "Could you wait until I kick the bucket?" So my writings got lost, and trying to put order into what I have left was hopeless. I am still working daily to sort things out. With the wonderful sunshine on our new 60-foot balcony, we hope we will try to be happy again. 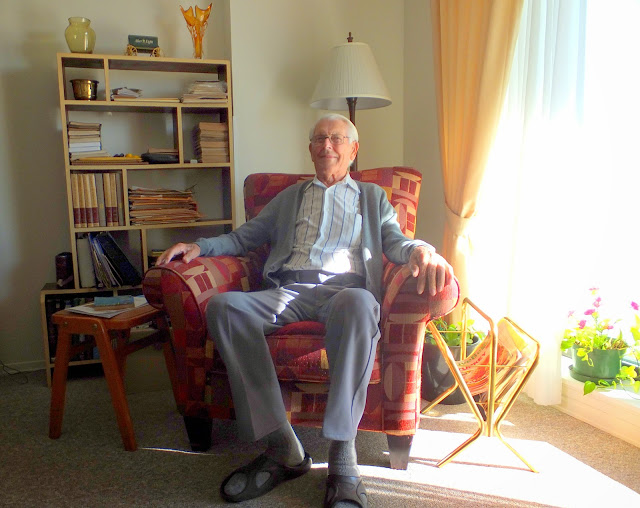 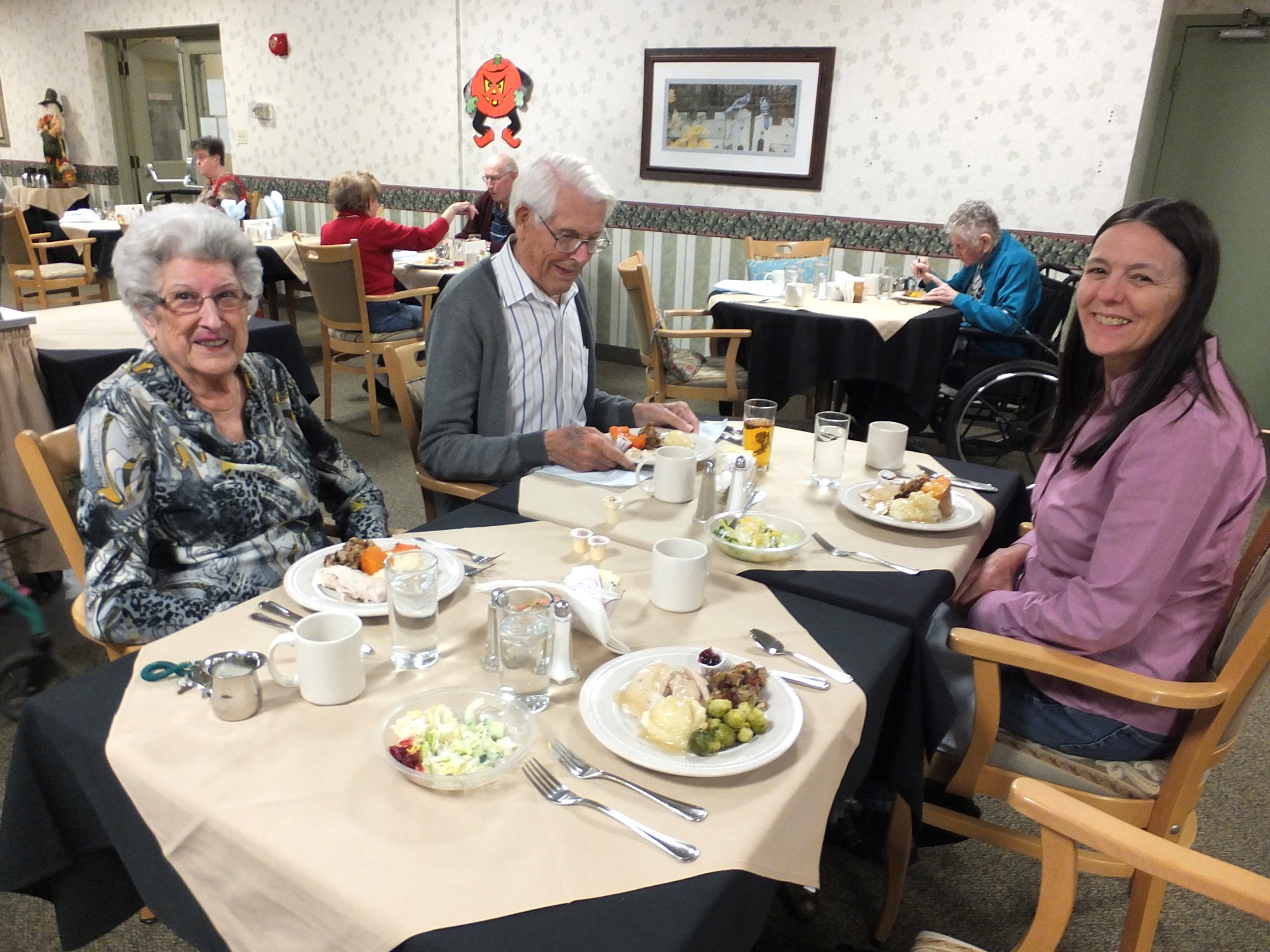 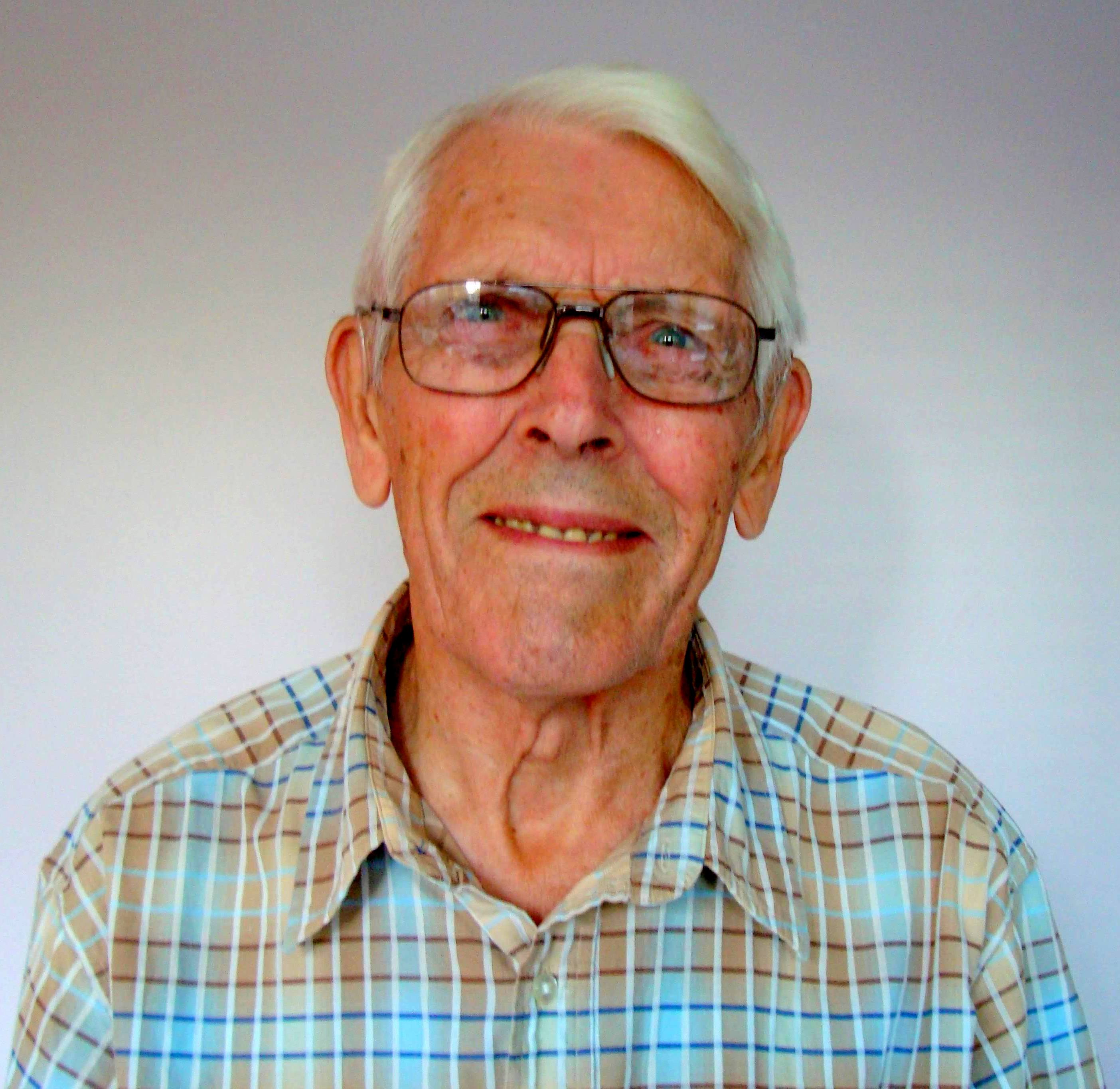 "... the actual move to the retirement home was very difficult for him [Carl Kaas] - mostly because he didn't have control of anything. All of a sudden, there were about 13 people in the house all moving things. He is a true saver and many of the things that he had been saving ... including stacks of styrofoam containers that he received from Meals on Wheels (which he rinsed out and saved because he couldn't throw them out) were indeed thrown out ... all the half used cans of paint, the nails and screws saved, the cloth rags, the caps that he had collected over the years ... that were falling apart in our hands ... but there was not room for all that stuff in the retirement home. Much was transferred to the office space at the building on Broadway but a lot was pitched. I think he is still finding things at Broadway that he thought were lost. I also have a box full of pictures ... Unfortunately, he is not remembering a lot of these details - but I think he is feeling this loss of control very deeply. He values his independence very much."

It is with great sadness and regret to inform you that Carl Kaas passed away on February 28, 2015.

"He was in his 96th year and certainly had lived a full life. We are really grateful that we had this opportunity for everyone to say goodbye and that he had only a short period of suffering. Even through the 2 months in hospital, during the periods when he had awareness, he was often smiling at everyone and cracking jokes. He had always been fiercely independent, and so I am sure that he is happy to have passed on without too much fuss. We will certainly miss his unique sense of humour, his crazy antics which constantly cracked us up, his adventurous spirit that inspired us, his creative ability to solve any physical problem that presented itself, and his deep Catholic faith and love of his family."

"In keeping with his fierce commitment to reusing and recycling everything (even if it meant saving it for decades!) he has donated his body to McMaster University's Department of Anatomy so that it can be used for the advancement of medical knowledge. Since there is no body for a Catholic funeral Mass, there will be a memorial Mass - likely on the 14th of March, 2015."

Born in Hamersveld, Holland, Carl immigrated to Canada in 1948. He was sent to Manitoba as a farm hand and worked in Sioux Narrows as a licensed wilderness guide before settling in southern Ontario. A licensed mechanic by trade, Carl owned and operated his own service station in Port Robinson. Later he started Westside Auto Parts in Welland. By 1962, ambition took a new direction and he founded Westside Trucking, working until his retirement in 1978. He was a member of the GMC Motorhome Association and enjoyed travelling extensively throughout North America, spending winters at his vacation home in Florida.

Carl will be remembered for his deep Catholic faith and love of his family. They will certainly miss his unique sense of humour, his adventurous spirit, and his creative ability to solve problems. He was a writer, in his own unique fashion, and Irene Lee has created a website, Autobiography of Carl Kaas, of Carl's writings about life in Holland and his early life in Canada. The stories and pictures on the website give a good portrayal of his self-reliance, independence of character, and his humour.

Being the ultimate recycler, Carl has donated his body to the McMaster University Anatomy Department to further the advancement of medical knowledge.

A Memorial Mass will be held to celebrate Carl's life on Saturday, March 14, 2015 at 12:00 noon at St. Augustine of Canterbury Roman Catholic Church, 220 St. Augustine Avenue, Welland, Ontario. In lieu of flowers, donations to St. Augustine Church would be appreciated by the family. On-line condolences at www.pattersonfuneralhome.com - 12906443