Chapter 2: The House Where We Grew Up

The house had two front doors and four windows with shutters which had to be closed every night from the outside. The roof was thatched: nice and warm in the winter and cool in the summertime. One window let light into the kitchen. There was once a place against the inner wall where the cooking was done on an open fire. Ma and pa, however, were very modern and got a woodburning cookstove. Modern? You'd better believe it because we were one of the first who had electric lights. Not very elaborate: one circuit and about four lightbulbs in the whole house.

Next to the kitchen was the Haard (living room) - a big room which was seldom used. We would use it once a year when all the aunts and uncles came over or in the wintertime when it got real cold. There was no stove until much later. Mother would build a woodfire in the fireplace, and usually on Fridays, she would make pancakes over this open fire. This was fun for us kids because we could play with fire and get away with it. It wasn't too dangerous as there were no rugs or mats on the floor.

Next was the bedroom for the girls. The bed was built in a kind of a cove: a brick wall with a square hole. About 50 cm off the ground there was a platform held up by round poles. On top of the platform was a mattress of straw held together with jute material. On top of that were two sheets and blankets. There was no electric light and no heat - summer or winter. In front of the square opening, a curtain usually hung for privacy.

Our parents' bedroom was the same layout except that instead of a big window like the girls they had a small window to provide air and light. Behind their room was the rear of the house where the animals lived. Of course dad's horse was there. Mom's pets, our cow and goat, which she milked twice a day were also there. We had enough grass to keep the animals alive. In a good summer, we could even make a little hay. Above the cow and horse stables was a hilt - a place to store hay. This was a fantastic place for us youngsters to play hide and seek. Between the cow on one side and the horse on the other was quite a large space called the (deel) dale. Underneath the ground (we later learned) was a hole with walls made of brick. In this hole, ground water collected and supplied our household with the necessary refreshments.

Behind the kitchen was the geut - a place with a floor made out of brick cemented in on the flat side. In one corner was the pump. Along the outside wall was a Dutch door, which is a door cut in half. With this door, you could open the top half and keep the bottom closed so that the chickens and dogs couldn't wander into the house. This room was used mostly for cleaning and scrubbing our wooden shoes (klompen), pots and pans, vegetables, meat, and of course, kids - like me and my brother and sisters.

Between the geut and the horse stable was the cellar. It was about a meter deep and was the dampest place you will ever find. Only kelderzogge could live there. But it was a good place to salt our pig. Each year, one pig would make its way, in pieces, into this place. Above this was the kelderzolder - cellar ceiling, about a meter off the ground. The trapdoor to the cellar was also the steps to our, Jan and my, bedroom. It was the same design as the other "bedstay" except that it was made of wood. Above all of this was another floor. It was accessible only by ladder. In later years, like when I was 13, I made real steps up and moved our bed upstairs, where we had lots of space to horse around.

In the back of the house was a barn (schuur) where the pig, the chickens and about 10 - 12 ducks lived. In one corner was the outhouse. But I like to call it an "inhouse". You see you enter it from the outside, thus you do your business inside. The view from there was very entertaining; that is, when you didn't close the door which was very hard to do, to close it I mean, because the hinges were so far out of line, it always hung wide open. This provided for a good view of the road and the passerbys. Also it was easy this way for the rest of the family to see if it was occupied. The fermented food dropped into a wooden tub. When the tub was full, it was hauled away by Pa on the wheelbarrow and spread in the garden. 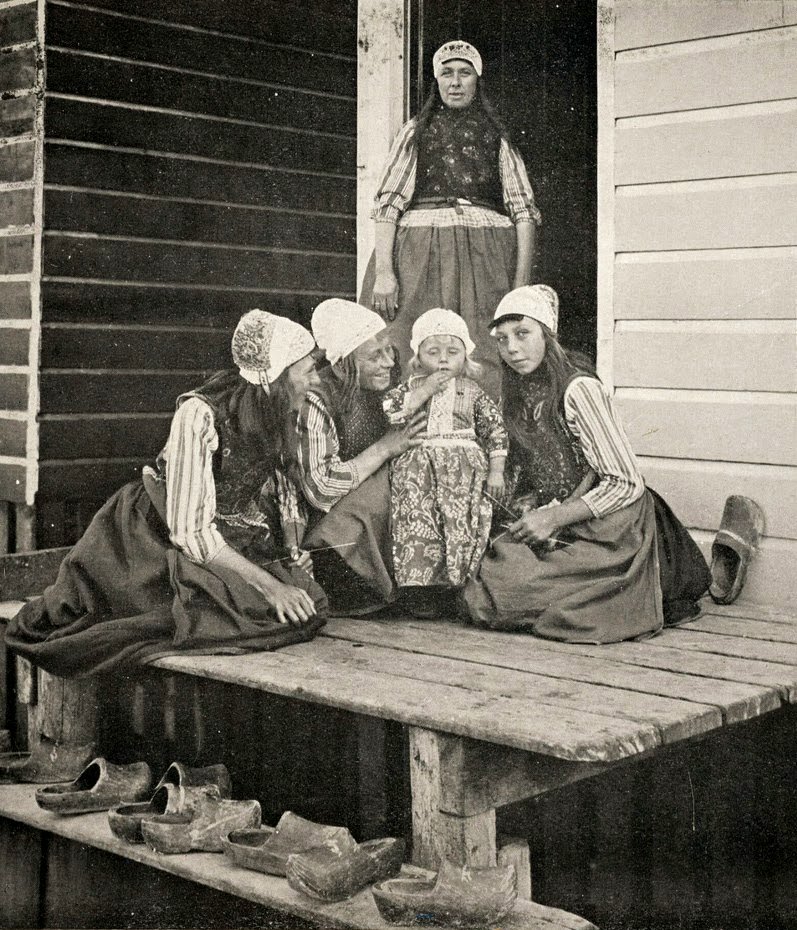 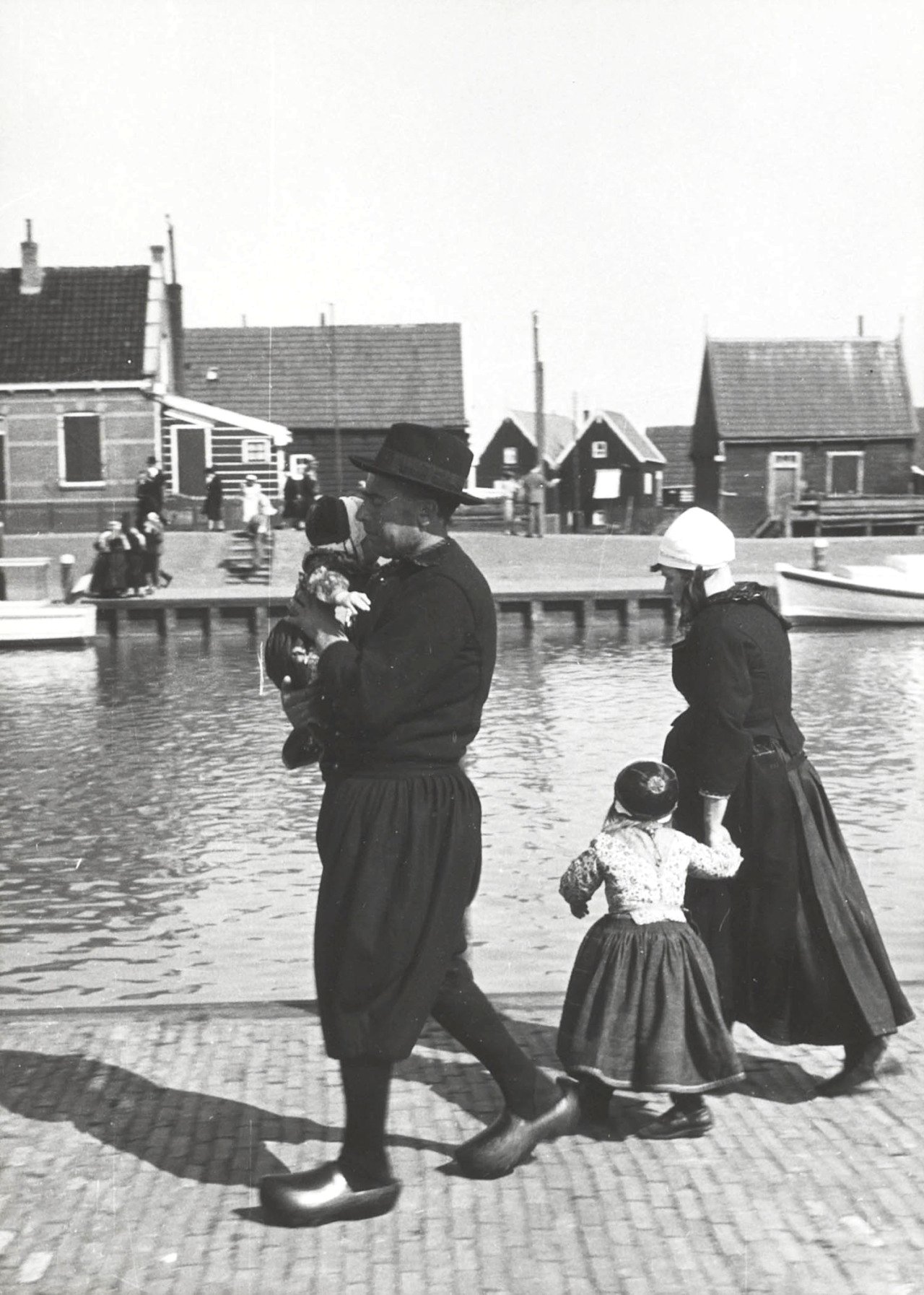