According to the newspapers, the economy was bad all over the world. Here too many people were out of work. But that did not affect Pa's work, because people still ate.

The rumors went around that butter in England, that was butter from Holland, sold for 35 cents, while we in the Netherlands had to pay 85 cents. No wonder everyone ate margarine.

Regardless of the world situation, Pa got more and more work with his truck. He had no competition, and was the only one open for general hauling. Big brother John being 14 years old in 1929 and finished school, went with Dad every day. Now they did not only haul milk cans but also sand, gravel, wood, hay, manure etc., etc. Pretty soon, the loads became so heavy, the tires had to be increased from 600 x 20 to 750 x 20. That was a bit of an improvement, but not enough.

So after five years of work, Pa was ready to trade old dependable in for a new one. Wow, when this came, what an enormous improvement. This here brand new Chevrolet did not only smell, everything was new. And what an improvement: in this here 1934 model, the cab was factory made, streamlined radiator, crank up windows and an automatic windshield wiper in front of the driver. But most of all, it had dual wheels. Now many more cans could be carried. To accomplish that, an extra floor was added above the first four rows, which made it possible to haul twenty more 40-liter cans. 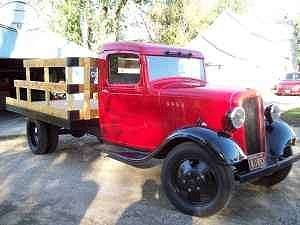 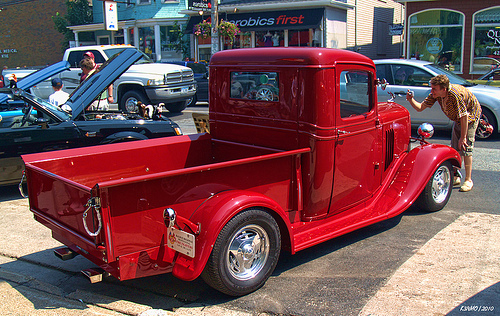 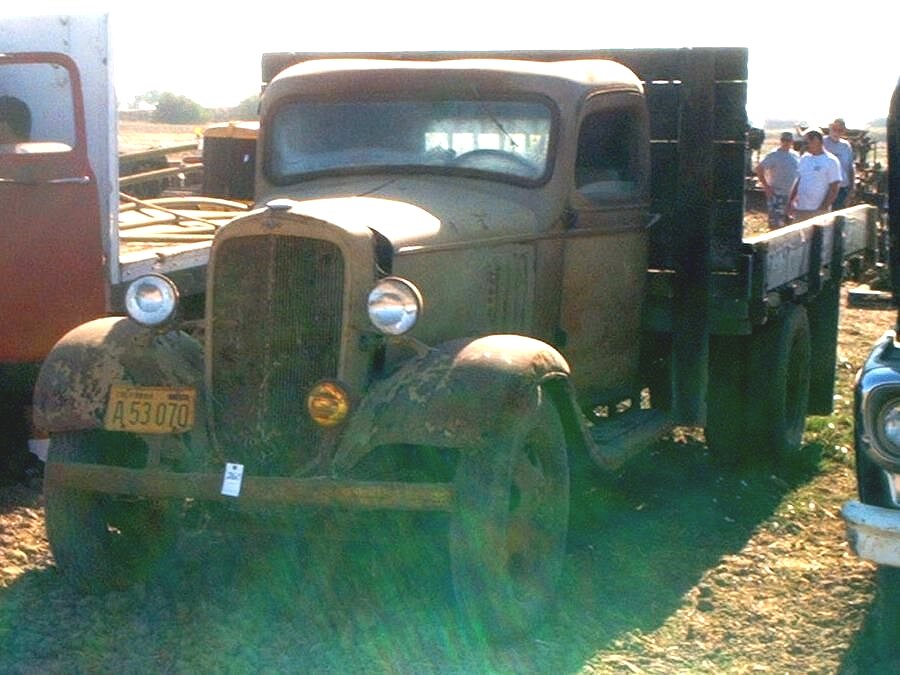 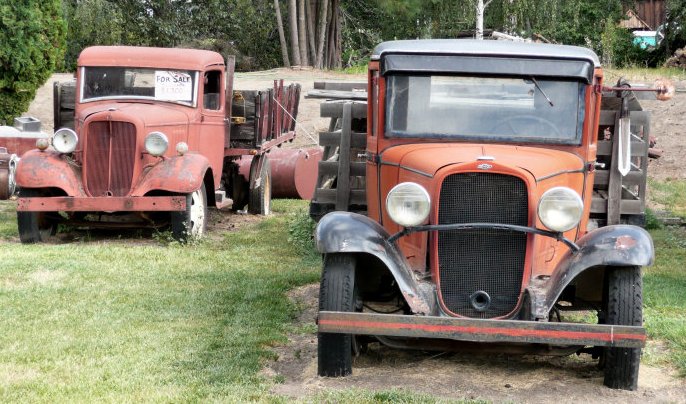