Management figured they had the world conquered with this big steam making machine, so they put more demand on us: more steam eating equipment was added, resulting in them wanting more then we could produce.

The big bosses blamed us: we did not know how to fire it right. Different parts of the plant complained the pressure was too low, blah blah,blah. They would send an expert from the steam boiler factory to show us. The three of us were very happy to learn what we did not know.

One fatal day, the man showed up at 7 a.m. All three of us had to watch him show us how it should be done. At 8 a.m., the man was very proud of himself: "This is how it is done", he explained. Wow, yah, you sure were doing good.

When 9 o'clock came around and the demand increased, the man shovelled a bit harder. In fact he started to shovel a whole lot harder, but still the pressure kept on dropping.

Different fellows from the plant dropped in to say they wanted more steam. The man sweated like a horse, worked as hard as he never had done in his life and still they demanded more steam.

In desperation, he threw down the shovel and walked, half staggered out, never to return again. We felt kind of sorry for the poor fellow. He started out so confident he was gonna show us something and now this. Before too long, they added another boiler.

Example of a Coal Steam Boiler: 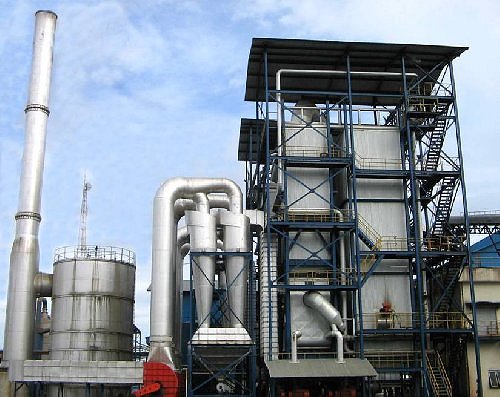 "A water-tube boiler is a type of boiler in which water circulates in tubes which are heated externally by the fire. Water-tube boilers are used for high-pressure boilers. Fuel (coal) is burned inside the furnace, creating hot gas which heats up water in the steam-generating tubes. In smaller boilers, additional generating tubes are separate in the furnace, while larger utility boilers rely on the water-filled tubes that make up the walls of the furnace to generate steam." ~ www.weltes.co.id - Weltest Energi Nusantara P.T. 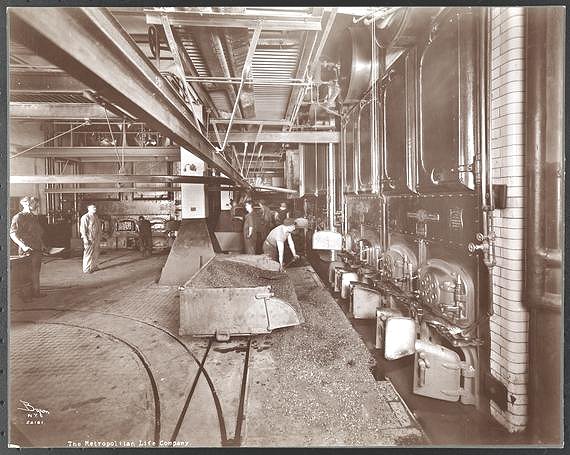 Men shoveling coal into the furnaces/boilers at the Metropolitan Life Insurance Co. at 23rd Street and Madison Avenue, New York (1907).