Our second summer was coming up at Motlong's Canadian Camps. My youngest sister wrote that she wanted to come to see us and the country. We wrote back, sure do, you can work here in the camp until fall. Which she did. She worked with Margaret in the kitchen and with Rose cleaning cabins, etc. By the end of the season, she liked Canada so much she wanted to remain. Got herself a job in Chatham in a hospital and made the new country her home too.

Then we got a letter from Dick Lubberson, originally from Putten in the Netherlands. He had been rounded up during the war with all the males of the village. He was one of the few who came back. He also wanted to make Canada his home. Doc said, "Yeah, I give him a job for the summer. " When Dick was here he liked what he saw and sent for his girlfriend. When she arrived here they got married in Sioux Narrows. When winter came, they left for Montreal. We never heard from them again.

The tourist fishermen were all very nice people. We became good friends with Paul and Kitty Swanson. They built a cabin here on the lake. They had a house around Chicago and a place in Englewood, Florida. Paul drove a big Roadmaster Buick and spent his summers and fall here. He was always inviting us to spend time with them, which we did: going fishing, boating and playing cards. He went with us when we built Caribou lodge for something to do. First, when building this lodge, we slept in a tent. Deer would come around early in the morning to see who was intruding on their territory. And bears also. We were told not to leave any food where the bears could reach it. So to see what would happen we put stuff out on the edge of the clearing. It sure did not take long for them bears to show up.

Paul said, "I'm gonna get that big brute as soon as the bear season opens." That fall, Paul went out to get the bear he had seen that summer. When he saw a bear, he would watch for quite a while to see what it was doing. It turned out a bear had killed a dear and was busy covering it up with leaves and debris. Paul aimed and pulled the trigger. Bang. The bear took off faster than a race horse, according to Paul. That afternoon, he came and asked if I could go with him looking for the bear. Doc had given me a real expensive hunting knife, I took it with me (as protection against a wounded bear? Ha). Paul had his hunting rifle. We came to the place where the bear had buried the deer. From there, you could clearly see the path the bear had taken, straight through the bushes and small trees. He must have travelled at an enormous speed, indicated by the galloping footprints. We followed for a long distance, but finally we lost his tracks. Perhaps he turned around and followed us, we only knew he disappeared. No bear today.

Some old people owned Oak Lodge, a small fishing camp 16 km from Sioux Narrows. One day when I was talking to the owner of Oak Lodge, he said, "I'll sell you my place." By golly, me owning a fishing camp? Wow. "Let me think it over." We did, and talked to Paul and Kitty about it. They said, "If you are interested, we'll loan you the money." Man, what an offer. I could have the place with nothing down too.

Margaret and I talked it over: the pros and the cons. We thanked everyone, but we had to decline the offer - the biggest and most important reason being that the winters were too long, much too long. Both of us had grown up in a country with very little winter. Spring came to Holland in March and April, but here it was still winter. No, we didn't want to spend the rest of our lives thinking about spring flowers and looking at snow and ice. Amen. 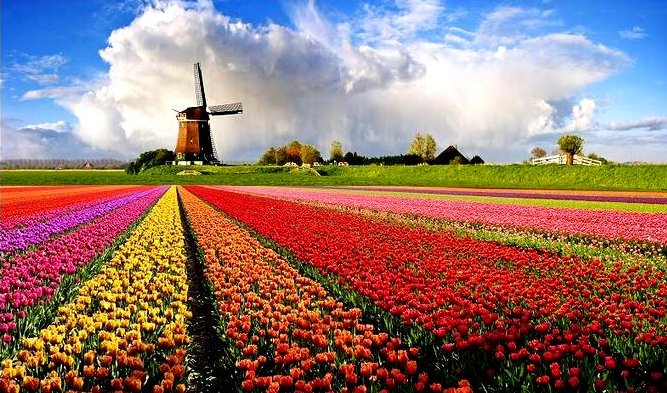