To prepare for a trip this size took a while. John Lijzer had an old '40 Chev. car, actually it was more like a rolling wreck. To stop from freezing, he had a portable kerosene heater inside that car. For anti-freeze, he put coal oil in the radiator, which was cheaper. But we had our 1946 Chev, which was in terrific shape. We needed something to sleep and cook and eat in. We found a single axle travel trailer with 600 x 16 tires, the same as on our car. It had a double bed on one end, so we made the same at the other end.

Now we had to have something to carry our furniture. It had to be big, with enough room to pack both household possessions. I found that in the form of a 1938 Chevrolet CPR Express van. This was a trade-in on a brand new machine at our dealership. A big square box with steel slats, folding gates, so the stuff would not fall out. We decided John had to buy this, because we already had transportation for the faraway journey. Now we were all set, the only thing stopping us was the weather, we didn't want to freeze.

When spring finally came in 1953 we both quit our jobs, wished all our acquired friends the best, loaded our meager belongings in the truck and car and headed north through Sioux Narrows to Longbow Corners where we got onto the Trans Canada Highway.

From here east, it was unknown territory for us. We felt like pioneers exploring a new land. Yes, we were not the first ones here because there was a road, although not the best: a lot of gravel, but we didn't mind. Again, time was on our side. The spirits were high and the weather was good. How long it would take to get to the south, we did not have a clue, besides, we didn't care.

Somewhere between Longlac and Hearst, 135 miles with not a human being, not a house or hovel, we stopped on the side of the road to have something to eat. It was nice and warm enough to sit outside, and while doing so, I saw our truck starting to tip over. Oh my gosh, it was sinking down. Quicker than a flash, I jumped in, started the engine, had it in low gear all at the same time. With the pedal to the metal, I pulled the truck to the middle of the road, whew, just in time. I read somewhere that this Trans Canada Highway was not completed till 1947, now it was 1953, so it was only six years old, no wonder the shoulders were still soft.

In all those lonely miles, we only saw one truck going the opposite way. Further east, we parked in an abandoned piece of road where the sharp corner was taken out. We thought it was a good place to spend the night. Ho, ho, no way Jose, an O.P.P. officer came and told us to move on. We were very disappointed with the hospitality shown here, now that we came back to the civilized world. Shame on you, officer.

In Port Arthur or Fort William, I forget which, we blew a tire on our trailer. No problem, at a wrecking yard, we could get as many as we wanted. On this long journey, we came through a little town called "Sunshine" and another by the name of "Moonbeam."

One day, we came through a town called "Cobalt", a mining town, I believe, which still sticks in my mind as the most barren, unfriendly, coldest, miserable place I have ever seen. The reason seemed to be, not one tree or shrub could grow on those bare rocks, and that made it difficult to make it cosy.

In one place, we travelled through the middle of a factory, yes, that's right, that was where the road went. A few times, our road went beside the train tracks. We saw many more smoke belching iron horses than trucks or cars.

Finally, we came through a rock cut and before our eyes, we saw what we thought looked like the promised land. (Does this sound like a quote from the Bible?) There was a town down there with real houses and everything. This place went by the name of North Bay. I didn't believe this was Southern Ontario yet because it was June and nothing was green. At North Bay, we turned straight south, I believed we were past the half way mark, but it still was not what we were looking for, so we kept going.

Finally, it was around Huntsville where we saw the first sign of spring, the grass was getting green, aha, that's what we were looking for. Another couple of days, and we made it to Hamilton.

Here we had a council meeting and decided that this must be Southern Ontario, no use to go any further. Maybe we should start looking for a job. No, on second thought, no, we didn't want to live in a big city, let's move a little further.

Next, we came to Brantford, also a city but it did not seem so big. Here we headed for the unemployment center and explained what we wanted. John said, "I want to work on a farm." The man looked in his file and told John, "There is a gentleman farmer who needs someone to run the place for him. Only a few miles outside of town." John said, "Thank you, I will go and look." I said, "I am a body man." Nothing in his books that he could find, so he said, "Let me make a phone call." He did and informed me, "There is a body shop only a couple of blocks down the road. You can go to work there." "Thank you sir, I am on my way."

Off we went to the farm, wow man, not bad. A nice new bungalow with a concrete floor. Concrete floor? The man explained, "You don't see no stove for heating because we have steel pipes built in the floor through which hot water runs." What will they think of next? John and Teresa liked it very much, so they moved right in. We unloaded their furniture and were all set. Here on the farm there was enough room so we parked our trailer and called it home too.

Next day, I went to the body shop. In a few days, I saw there was no need for my service. I understood the fellow at the unemployment center talked them into giving this foreigner a start. Very nice people for sure, so I felt happy when the boss said, "We won't have enough work to keep you going." "Thank you, sir." I felt the same.

The following week, I jumped into my Chevrolet and headed down the road, which way made no difference. I came to a body shop and offered my service, no need for me there. Back in the car until I spied a sign that said, "BEAR AUTO BODY." The man said, "Sure, you can start any time." This place was run by two partners: Sam and Tony. Sam did the work and Tony did the drinking. "By the way," Sam asked, "How much money do you have to make?" "I don't know, sir, you pay me whatever you think the work I put in is worth." They already had nine employees working.

Here I found out the city was Kitchener, and the business was on King Street. A very good place to work, mostly insurance jobs. How did they get so much business? I observed that every Friday, around four in the afternoon, people came in and headed right for the basement. The entrance to the basement was in the back of the shop. Sometimes even a uniformed policeman found his way there. It turned out, them fellows were insurance adjusters, and I presume Tony knew how to make them feel welcome.

After four weeks, Sam came around and gave me an envelope with top wages which was $62.00, and asked me not to mention this to Speedy, who had been working at the shop much longer than I. "Okay, Sam. Thank you, and I won't." 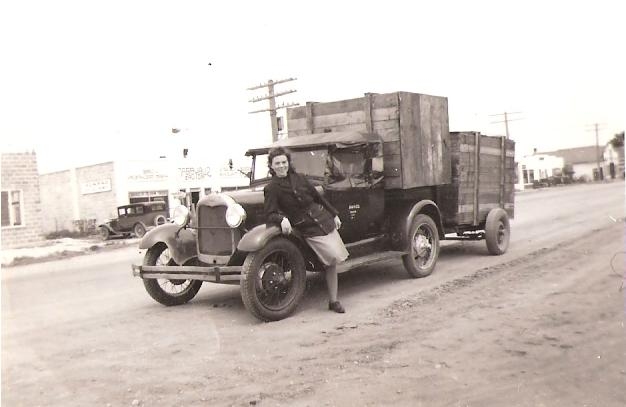 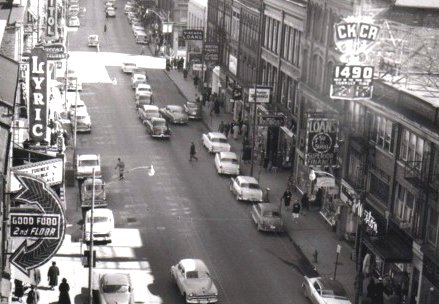