Old Bruin, Dad's horse, became crippled. The vet was called. He came over, checked what was wrong and decided the infected foot had to be put in a pail of wet sand and stay like that until it was better. Poor horse, no more laying down for some time.

While the healing process took place, Pa still had to get the milk to the plant. So he borrowed the horse from the local cartage man, Gart Hoogland. This worked out fine except it was a lot more work for Papa. This animal did not know when and where to stop, and on which side of the road to walk to pick up the cans.

You see, old Bruin had it all figured out. The roads all have a crown, that is, they were higher in the middle so that the water runs off. A horse liked to walk on level ground, so it instinctively moved to the middle. When there were cans to be picked up, or unloaded, old Bruin would amble to that side and stop just past, so the cans would be lined up with the wagon. If there was only one, he would walk up to it but not stop, because Pa would throw the can up or take it down on the fly.

But with this here strange horse, it was not that sophisticated - at every stop, the horse had to be pulled over and told to HOOOOWH, stop, and VORT to go again.

Old Bruin did heal again but was never his old self. In his good days, he was the terror of everyone who dared to be on the street when he finished his work. The end of the route, the last customer, was one kilometer past our house. When Pa dropped his last cans for the day, he turned around to go home. At that point, Bruin was free to express his feelings - and did it show! In a flash, he went wide open in full gallop.

You can imagine the noise: it was like a rolling thunder coming: four steel shoes and four steel clad wagon wheels over a brick road. We all loved that very gentle animal. We rode on his back, we helped grooming and feeding him in our small limited capacity. But now this all was past: Bruin would not gallop home no more. The foot was somewhat better, but he never came back to his old glory. So Pa had to make the heart breaking decision to do away with old faithful.

Dad did not want this lovable animal to end up at some farm, or any other place where he possibly could be abused, thus Pa took him right straight to the abattoir (slaughterhouse). In one split second, he was transported to a place we didn't know about, but we knew he left a family who loved and cared for him till the end. This was not really the ultimate end, because now the butcher went to work and made delicious sandwich meat and other favored products which were so well liked by people who had taste for the best. 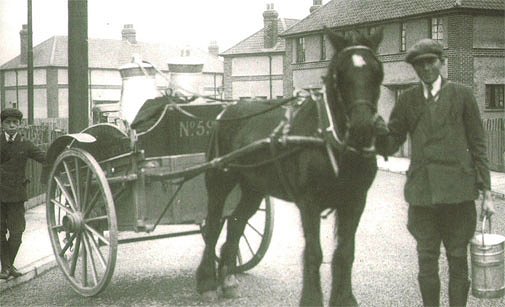 The old milk delivery method by horse and cart in 1921 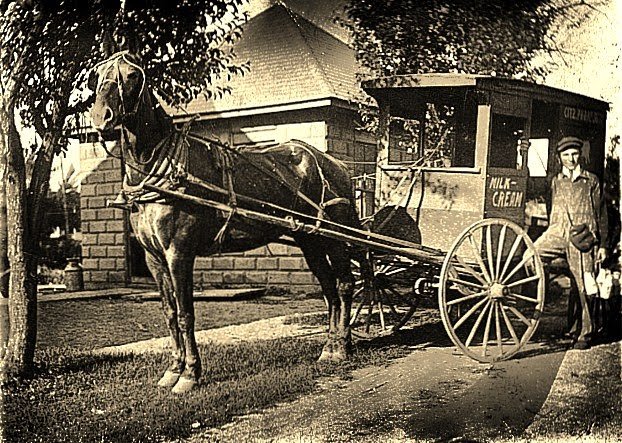 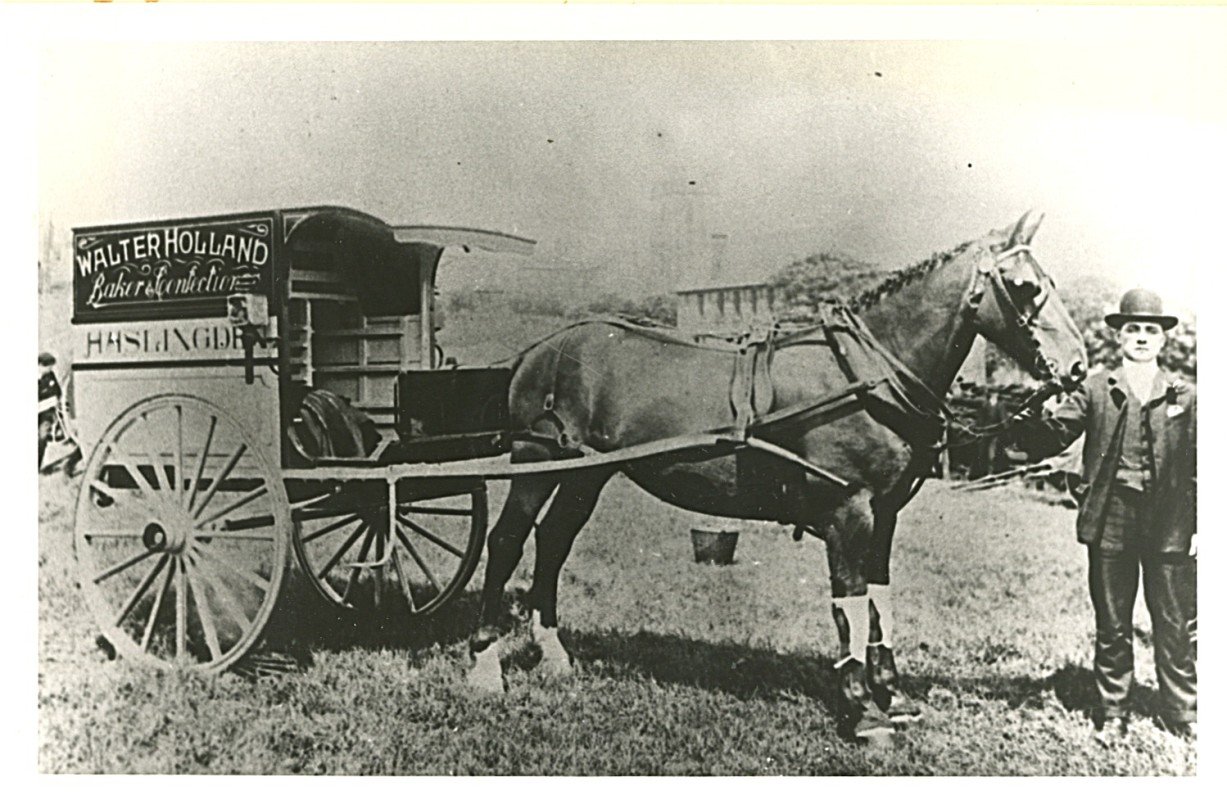