Chapter 45. How About Crime?

One read and heard about crime in the world - like a sailor from Amsterdam who cut up his wife in manageable pieces, wrapped her up and stowed his pride possession in a couple of suitcases and took her on board with him on a trip to the far east. However they never made it together. Somewhere on the Atlantic, the captain was instructed by radio to check the baggage of this sailor. The wonders of radio, one gruesome murder well thought out, but thanks to modern technology discovered and caught.

It may well have been the last mutiny on an ocean going vessel, when the crew of the SEVEN PROVINCES took over command in the 1930's. Again, radio communication stopped it from becoming successful. After lengthy discussions, the air force sent over a couple of airplanes, dropped a few bombs in the vicinity of the ship and the pirates surrendered. You see, no more hope for criminals.

All that stuff happened in far away places. Here, most people never locked their doors, unless the Gypsies were around, which happened maybe once a year. It was really something different in our sleeping village.

Two or three brightly painted horse drawn house wagons would come from the west, past our house and stopped where the road widened out somewhat. They would camp there for a few days and go from house to house buying and selling anything and everything. The talk was that they stole everything that was not nailed down, and if it was nailed down, they would go and steal a crowbar, come back and pry it loose. I sez, "That's determination." Ha. 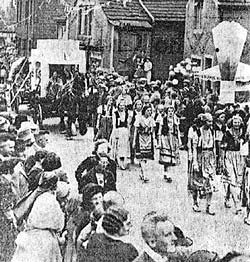 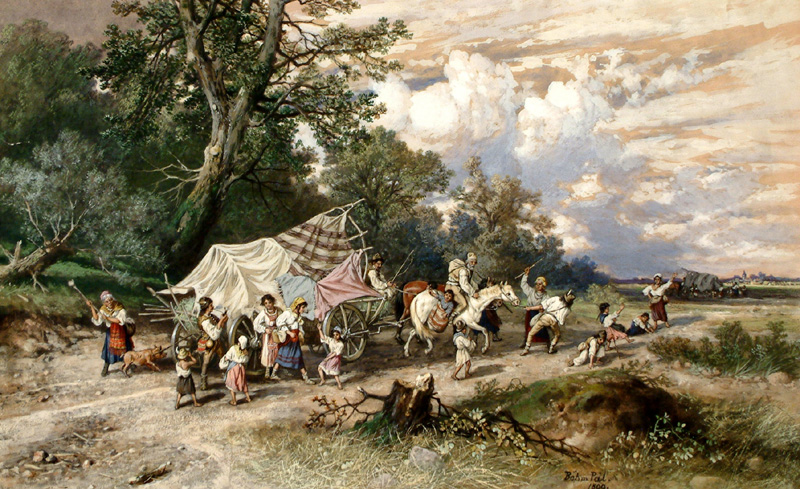 Gypsies and Caravan Dwellers in the Netherlands - History and Cultural Relations. "After some time (around 1930) the 'Hungarian image' faded in importance and the Lowara were definitely regarded as Gypsies. At the same time a fourth group, the Sinti, specialists in music and other forms of amusement, were also labeled as Gypsies. They appeared to have been living for generations in the Netherlands already, but up to that time they were not regarded as Gypsies . . .
In the 1930s the anti-Gypsy policy was intensified and many Lowara and Sinti were registered as such. This made it easy for the Dutch authorities to pick them up during World War II and deliver them to the Nazis. Because of their presumed race, 245 of them were finally sent to Auschwitz. Only 30 of them survived. Together with family members who managed to go into hiding they returned to the caravan sites after the war and tried to continue their way of life. This became more and more difficult . . .
People began to live in caravans for the first time around 1880. Some of them did so because that type of dwelling made it easier to practice their ambulant professions, such as basket making, knife grinding, and chair mending; others ended up in caravans because of a housing shortage. In general they traveled within a limited region. During the twentieth century they have become a distinct subcultural group in the lower strata of Dutch society." 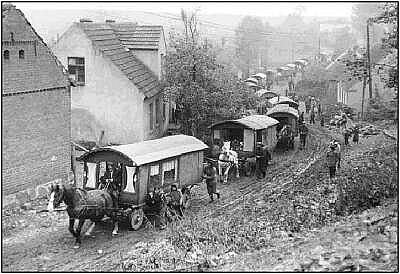 Roma Around the World. "To understand the Roma, it's best to start with the basics. Long ago, Europeans saw the Roma's dark skin and assumed they'd come from Egypt - hence the name "gypsy". In reality, the word is a misnomer. The Roma actually come from the Indian subcontinent, and they slowly migrated toward Europe early in the second millennia CE. Today's pockets of Roma are scattered all over the world. Not only do they constitute the the largest ethnic minority in Europe, they also rank as the fastest-growing ethnic group in many countries around the world." 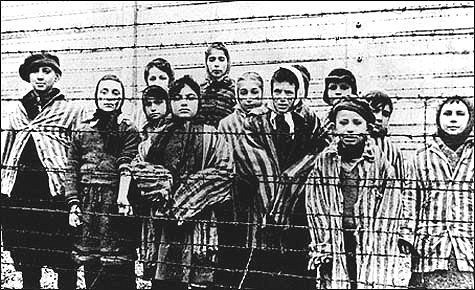 The Infinite Hypocrisy of the West by Fidel Castro Ruz:

"The gypsies, who were labeled as inveterate criminals, started to be arrested en masse, and as from 1938 they were put into special blocks at the Buchenwald, Mauthausen, Gusen, Dautmergen, Natzweiler and Flossenburg camps."
"In a concentration camp he owned in Ravensbruck, Heinrich Himmler, chief of the Gestapo (SS), created a space to sacrifice gypsy women who were submitted to medical experiments. One hundred and twenty zingari girls were sterilized. Gypsy women married to non-gypsy men were sterilized at the Dusseldorf-Lierenfeld hospital."
"Thousands of gypsies were deported from Belgium, the Netherlands and France to the Polish concentration camp of Auschwitz. In his memoirs, Rudolf Hoess (commander of Auschwitz) wrote that among the gypsies deported there were old people almost one hundred years of age, pregnant women and a large number of children."