Chapter 46. Justice for All

To translate a block of text or web page, click Bing Translate or Google Translate

When the gypsies moved on, things got back to normal. For protection and law enforcement, we had a "Veld Wachter" (Field Ranger): a very robust looking, tall, heavyset policeman, an individual demanding respect in my eyes.

This policeman spent most of his time riding around on his bicycle looking for people who did not have a $2.50 tag on their bike, I thought. Yes, every two wheeler had to have one, a form of tax. I did not like him, he was too big and mean looking.

His name was Kraaikamp. I disliked him even more after he spied me looking for kievit eggs. There was no way he could catch me, so he took the tag off my bike which I had left at the gate of the field where I was hunting. He made me come to the town hall, where he was living and gave me a heavy tongue lashing about the evils of going on somebody's land to snatch eggs. In other words, I was trespassing.

Well, Gart Hoogland the farmer could care less, and the birds only screamed at me - maybe they liked my company. So there was no crime committed. Besides, I did not find any eggs. And why was I looking? Just for the sport, or the challenge.

Those migrating birds came every spring from the south to make their nest on open grounds in meadows. The eggs were well camouflaged and very hard to spot. Thus the person who thought he found the first one, sent it to the Queen. In return, they put his name in the papers and a thank you note from the Queen's household. This made the rich people excited: imagine royal eggs, just like the Queen, so they paid a high price until the novelty wore off. Then nobody wanted them any more. Next year, the same thing would happen all over again. 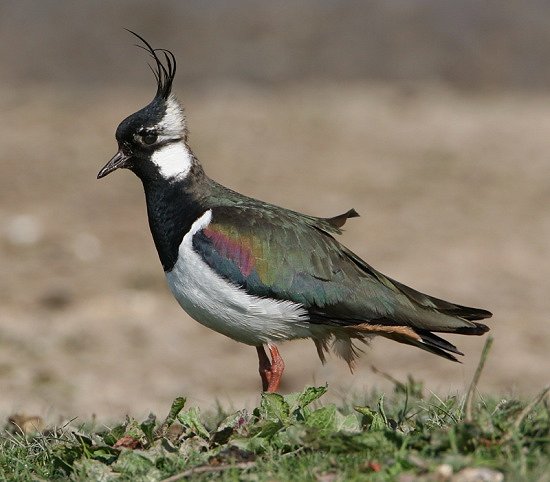 Kievit (in Dutch) from Wikipedia.

Lapwing from Wikipedia, English translation of the above article by Google Translate.