After a while, John came home and took his truck with him into the army. The government needed all the transportation they could get, so he probably sold it for a decent price.

All of a sudden, jobs became plentiful, so I got to drive a one year old Chevrolet with a hand crank dump box from Vermaats Auto bedrijf in Hellevoetsluis. They hired me right away to haul for the Defence Department to build roads.

Work was going on day and night from September 1939 till May 1940. I liked it very much. They loaded me, I drove to the job site, got out the crank and winched the load off. And they called it work! A person could get old doing that. I was getting paid: it seemed like real gold - $25.00 a week.

When I had to go far away and stay at a boarding house, I paid $7.50 for room and board. I was richer than a hobo in a mink coat.

It was very interesting too. At some places, we had to back up with the loads for a hundred meters or so, on two wide planks laid on the mud. If you ran off, you were stuck.

One time in the middle of the night, I was being loaded under an excavator. All of a sudden, there was a very loud explosion from that machine. It turned out that the batteries had exploded. That was the first and only time I'd seen it happen.

Another time we were on a job where you had to cross railway tracks all day. There were no gates or lights to warn of approaching trains. One nice sunny afternoon, a train was stopped across the road when I got there. I said to myself, "Oh, oh." One of the trucks was half way across when the train hit it. The truck was sheared in half right behind the cab. The driver walked away, whiter than a ghost. I asked if he hadn't seen the train or if he had tried to beat it. He was so dazed that "I don't know what happened" was all he could say. Well, boy, you had a good guardian angel. 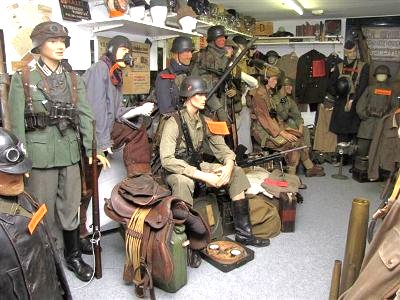 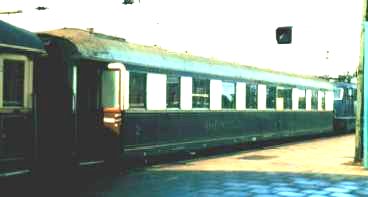