Holland started to mobilize immediately, but kept its neutrality. Brother John who had his training as an air defence gunner was the first one to be called up.

One morning, after I put in an 8-hour night shift, John was gone. Some farmers were at our house to find out why there had been no milk pick up. I felt sorry for them so I said I would go. Dad was already 74, he had earned his rest, so I jumped in the Olds and did what had to be done. It was impossible to get someone else to take over right away. Why not? Because you had to know each farmer not only by name, but also by number which was on most cans. The ones that did not have a number you still had to remember, plus the amount of each.

After I got a load back to the plant, I dragged and rolled every can to the scale, emptied it, put it upside down on a rack so it could drip out. Then moved to the other end and loaded all of them back on. I would go and do the same journey in reverse and make sure each farmer got his own cans back.

Now I could sleep for about three hours, then go through the whole cycle again, we had to make two trips every day. Back to sleep again for a couple hours then got ready for night shift to fire the steam boilers. I did this for a whole week.

Later on, when I meditated about that week, it seemed impossible that one person could have done this job and lived. Physically, I made it but mentally I changed and threw in the towel - that is, I got another look on life I think. I felt, for the first time in my life, someone needed me. Well, if that were so, then I was gonna change the rules and not be a slave any longer. I quit my job at the dairy then and there. For about three years, they had been using me and others - underpaid and over worked (good combination). 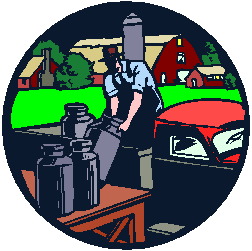 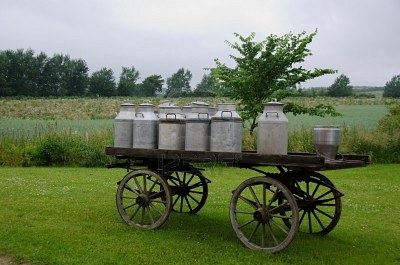 Traditional Milk Cans on a Wooden Horse and Cart 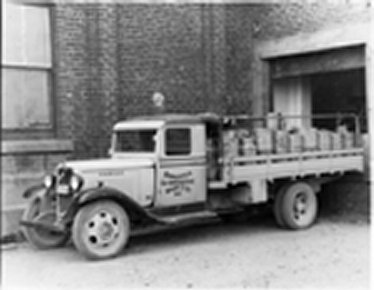 Delivering Milk Cans in a Truck 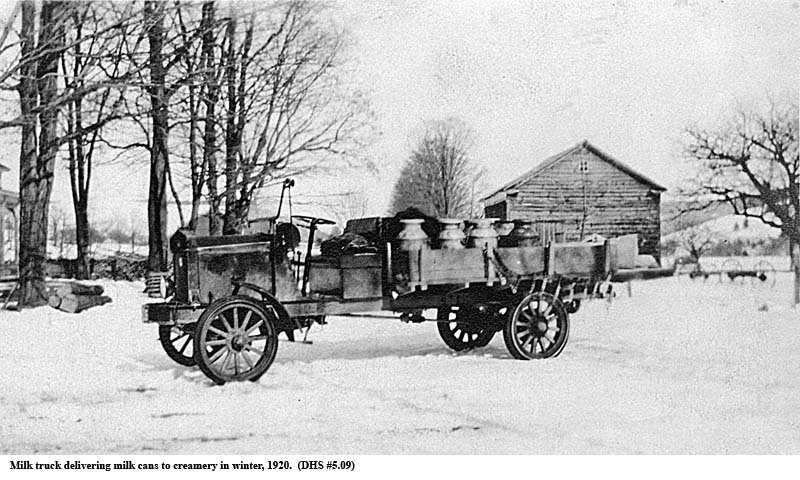 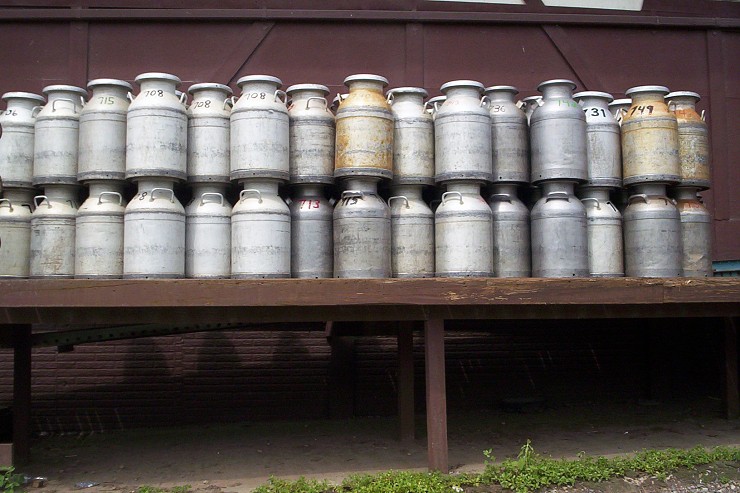