Chapter 61. Back to Semi-Normal

Life started to return to normal, kind of. Farmers got back some cows. Farms, barns, and houses destroyed by war got preference to be rebuilt.

We did not feel much interference by the enemy. At our level, the working class, we hardly knew who was running the country. Trucks were out, so I bought an old horse from a farmer, Job van Nes, and built a wagon with axles and tires from an auto wrecker and was open for haulage.

It was easy to get enough work because of the rebuilding going on. Of course, it was a step back to horse power again, but the Kaas's tradition of transporting since about 1910 carried on.

The milk route was gone, taken over by the dairy, which I did not mind at all. The Germans let the Dutch soldiers go home, or they could join work units and work for the government. Brother John came home for a while, worked for a couple of days on a farm, did not like it and returned to his unit and the girl he had fallen in love with. Thus he lived from now on in a world which was alien to us. A big city.

Soon John married a Protestant girl, much to the heartbreak of Mother. Communication after this marriage became practically non-existent.

Business was good, unemployment did not exist around us and everybody had money.

After about a year, I got a younger, bigger and stronger horse: a huge Belgian, standing about two meters at the shoulders. Now I built a bigger wagon with 7.50 x 20 truck tires.

One of the reasons that I always believed why Hitler took Holland was the fertile soil and the enormous amount of over production of food.

When the angry people came out with a new way to dry grass to save the nutritional value, they immediately built a grass drying plant. I was hired on to haul grass and alfalfa from the farmers, and to return the dried products.

I also worked for a contractor to build and improve the military airport in Soesterberg. We hauled sod from farmers to lay down at the airfield so it would look like a farmer's field from the air. Here was our first opportunity to needle the Germans.

We found that the Germans used this place as a jump off point for airplanes to lay sea mines. The runways were painted brown, yellow and green, camoflaged colors to blend in with the landscape. There were many horses and flat wagons. We had a kind of contest going: who could cheat the most by hauling the least amount of sod.

Workers cut sod out of the field in squares and handed it up to us. We had to stack it tightly together. I did not think this was a good idea, so I made piles as far apart as possible. With the top layer I then covered up all the open spaces. When the Germans checked, we had one big solid load. The workers who saw what we were doing, never betrayed us.

The biggest enjoyment we got out of working there was in the morning when the two engine Heinkels came back from their mine laying or bombing trips to England, and had been shot at and hit. Sometimes they landed with gaping holes in their sides, other times with only one engine.

Many times we wondered how it was possible to fly and come back with all that damage. But the biggest kick we got was when they came home crippled and crashed on landing because the landing gear would not work. A silent hoorah went up from every Dutchman.

There was one time which gave us much pleasure. A plane made a good landing but then it seemed that its brakes failed because it went right off the runway at great speed into what once was a forest. Trees had been cut down to make more room for the planes to fly. The problem was it was not flying when it hit them stumps - the whole works ripped right out from under the plane: tires, wheels, all went flying again but somewhat out of control.

It was a shame they never let us come close to laugh. We would see all the beautiful damage and accidents and wonder how many did not come back at all.

We knew many of the planes carried sea mines because when they loaded them they used small two-wheel trailers, one bomb on each and ten or so behind a tractor. Apparently the shaking over rough terrain made the cap come off, then a parachute would come bellowing out. Another chuckle for us and back to the barn, boys.

After all this bombing, we heard through the grapevine that Hitler tried to invade Britain. He was stopped from doing so, they said, by the English who put oil on the North Sea and set it on fire. Maybe so. We knew for sure they tried something, because the Brits seized a whole fleet of inland ships: the ones that traveled the rivers, tied two together side by side and took off out of sight on an unknown mission.

Someone made up a song which I will try to translate:

It carried a very easy tune to sing, so everyone was humming it.

After Hitler's failure to capture Britain, he turned his anger to Russia with which he had a non-aggression pact. Now we started to feel more of his presence and who was boss.

The order came that everybody had to turn in their radios. The radios would be returned after the war. We listened to news from the free world, and heard what was really going on: the failures of the superior Aryan race of which Germany was the head. (Hitler said). They collected many radios but it was mind-boggling to see how old all those were. Apparently, the radio manufacturers had not sold any in the last few years - ha, ha, ha. 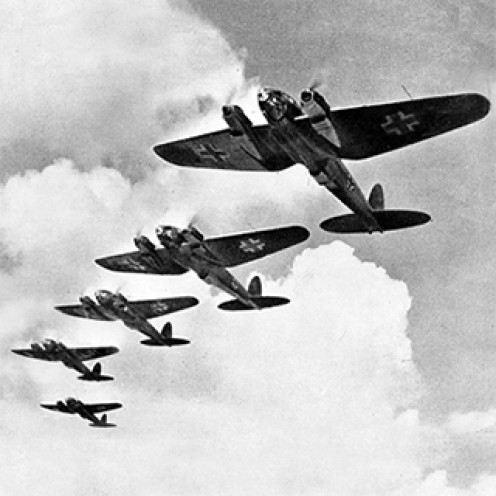 German Heinkel He-111 Bomber. "The Heinkel H-111 was a twin engine bomber used by the German Luftwaffe in World War II."

HE 111. YouTube video, 4:09 min. "The Heinkel He 111 was the primary Luftwaffe medium bomber during the early stages of World War II, and is perhaps the most famous symbol of the German side of the Battle of Britain." 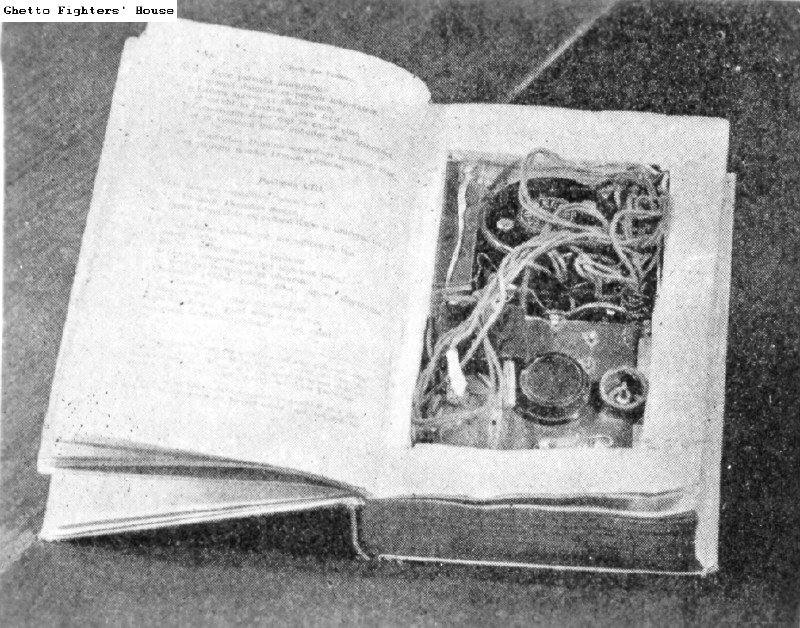 ● Operation Sea Lion from Wikipedia: "Both Britons and Americans believed during the summer of 1940 that a German invasion was imminent . . . On 17 September 1940, however, Hitler . . . became convinced the operation was not viable . . . Hitler ordered the postponement of the operation. He ordered the dispersal of the invasion fleet in order to avert further damage by British air and naval attacks .

The postponement coincided with rumours that there had been an attempt to land on British shores on or about 7 September, which had been repulsed with large German casualties. The story was later expanded to include false reports that the British had set the sea on fire using flaming oil. Both versions were widely reported . . . but officially denied by Britain and Germany."

● Survival and Resistance: The Netherlands Under Nazi Occupation by Linda M. Woolf, Ph.D. "The resistance movement was slow to take form in the Netherlands. As Nazi oppression slowly took shape, so did Dutch resistance. Hitler underestimated the Dutch people and the Nazis were unprepared to deal with the primarily non militaristic character of Dutch resistance . . .

Much of Dutch resistance can be characterized as either passive resistance or non-violent active resistance. For example, immediately following the Nazi occupation, American and British films were banned from theaters replaced by German movies including German newsreels. Dutch patrons took to walking out or booing during the newsreels. Thus, new laws were passed prohibiting such behavior. Subsequently, attendance at films dropped. Radio broadcasts under Nazi control consisted principally of propaganda. Thus, while it was illegal to listen to British radio, many Dutch began to listen to the BBC and radio broadcasts from the Dutch government in exile. In 1943, over one million radio sets were confiscated by the Nazis in response to these acts of resistance.

. . . On Prince Bernard's birthday, many people took to wearing orange carnations - orange being the symbol of the Dutch ruling family. When mailing letters, stamps were affixed to the upper left hand corner as many believed the upper right hand corner was reserved solely for the stamp of Queen Wilhelmina. Symbolic gestures that their heart's remained true to the Netherlands. Only one-and-a-half percent of the Dutch population joined the Dutch Nazi party. In 1943, when university students were required to sign an oath of loyalty to the occupying forces, over eighty-five percent refused to sign and thousands rushed into hiding.

Many a Dutch were active in speaking out or publishing against the Nazis . . . Clergy regularly read letters from the pulpit. Underground newspapers flourished and were particularly invaluable after the confiscation of radio sets and the loss of electricity during the later years of the war." 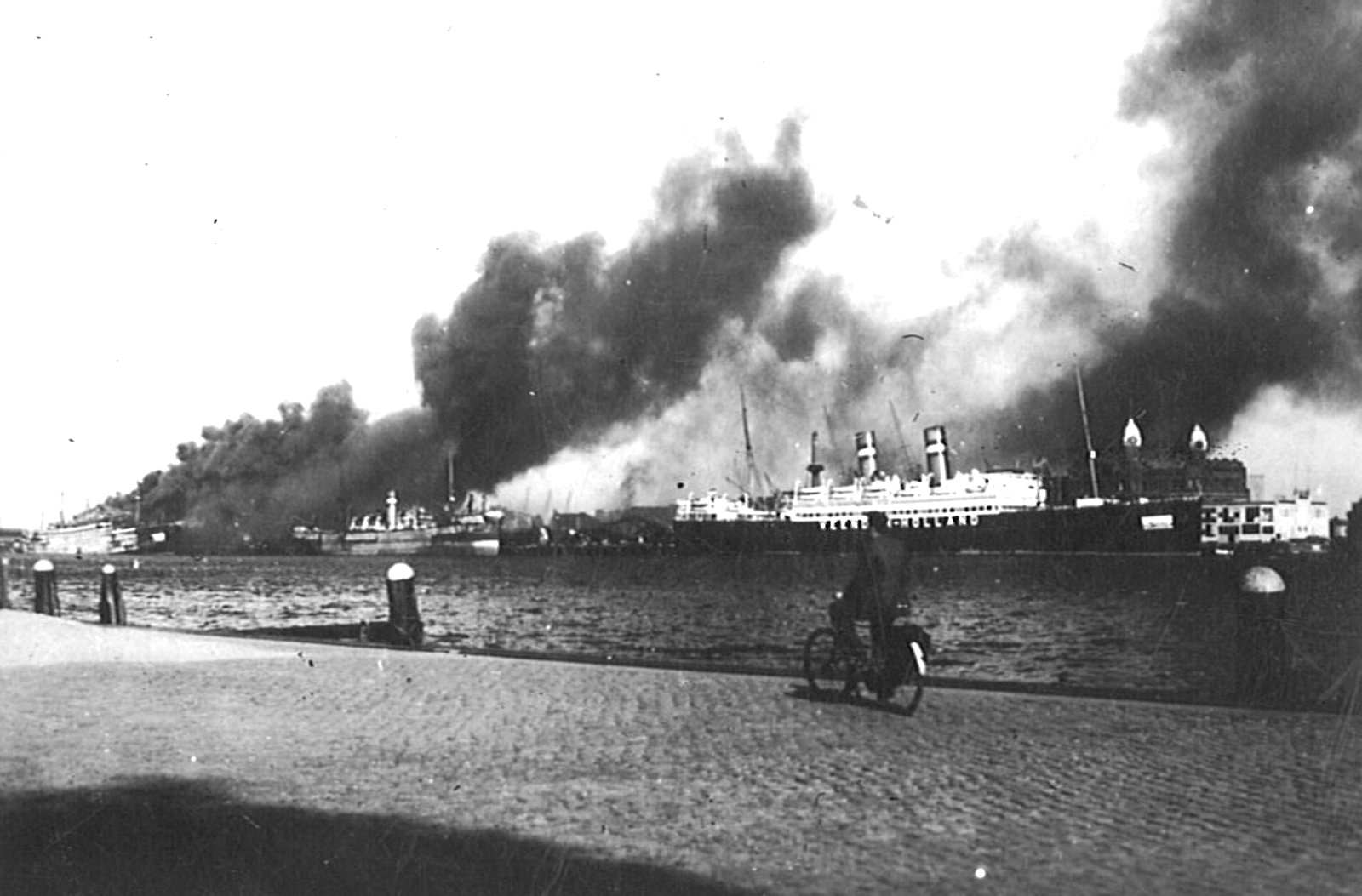 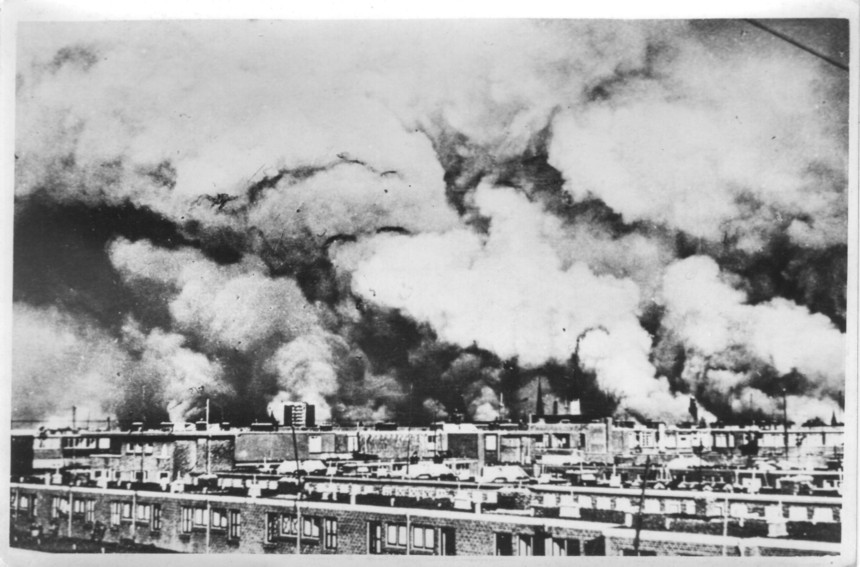