The last full year of the war was easy for Tom, my faithful horse. The work slowed down, growing crops was not as plentiful, and there was a lack of fertilizer tools and equipment. Now, Tom enjoyed himself munching on the grass in our 2-acre field. Tom was a huge but gentle animal. The little girl Beppie from Amsterdam whose parents could no longer feed her, was deadly afraid of the big beast. But gradually, she realized that it was not a scary monster and became good friends with Tom. When I lifted her up to have a ride on the horse, it seemed that they took an instant liking to each other.

Beppie could walk under Tom's belly between his legs and the horse would not move a muscle.

What a beautiful combination. They were like a mouse and an elephant. The horse might not have had a human heart, but it sure could show a mountain of affection.

When it was time to go to work or go to sleep, I would walk through the gate and called Tom's name. He would look up and immediately come walking towards me. One interesting trick he had was that he would stop two steps before me, then he would stand there as if he were saying to me: "I came this far, now it is up to you." I would gladly oblige by scratching under his big head and patting his neck. Then he would follow me wherever I went without a rope or halter as there would be no need for it.

The big push for the Liberation of Holland started on Sunday, September 17, 1944. In only a few days, they occupied two of the three big river bridges. It seemed that the German occupied forces panicked. They broke ranks and fled east towards their homeland. However, the troops which defended the bridge in Arnhem stood their ground. They killed, captured or put the English Paratroopers on the run who had previously occupied the bridge. The Liberation of Holland on September 17 and the loss of the bridge in Arnhem stopped the advance of the Allies that year.

The day, Tuesday, September 5, 1944, on which the German army fled for home, was called "Mad Tuesday" or "Crazy Tuesday" or in Dutch: "Dolle Dinsdag" - when the Dutch mistakenly thought that liberation by the Allies was imminent and acted accordingly, thus scaring the Dutch Nazis as well as German soldiers into scrambling to run away in a hurry and heading towards Germany. Two soldiers, who lost their unit, spotted Tom and figured that this big strong horse would provide them with a quick way to get home.

They had a rope and went to talk to Tom. But one look at the horse convinced the German soldiers that they were not his kind. They followed the horse until they had the horse cornered, but when they kept coming closer, Tom kicked both legs high up in the air, then turned around and just strutted away. What a fantastic display of irritation of our beloved pet! The Germans tried a few more times to get the horse, but every time they tried, they were met with the same results. Tom could have kicked them to eternity with no problem, but all he wanted to impress on them was that "I like it here. You are not my friend. Leave me alone." The soldiers finally gave up and walked away. What a tremendous show of loyalty! Everyone, especially me, who knew Tom, loved that horse. 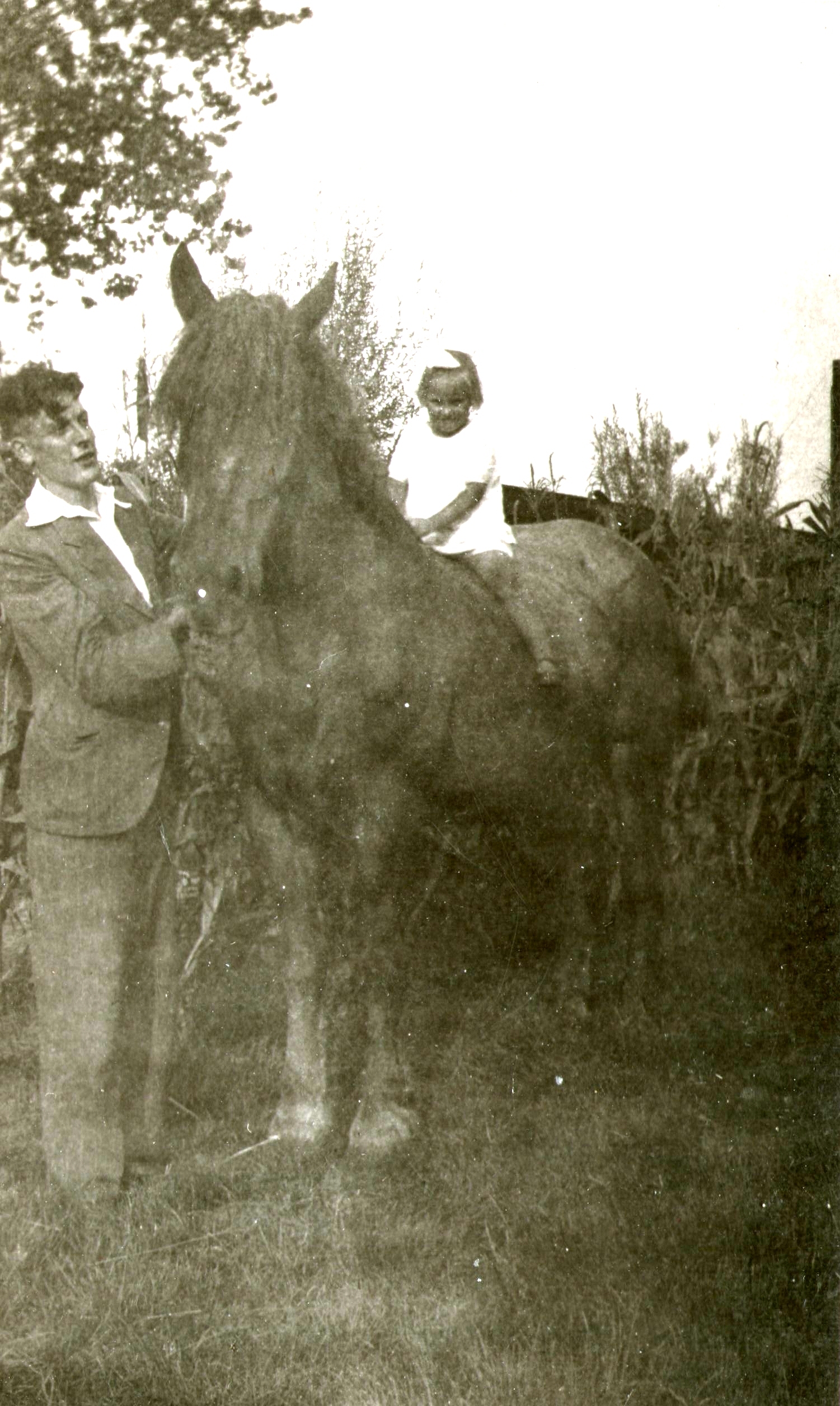 Little Beppie on Tommy's Back
with Carl Kaas, age 23, standing by 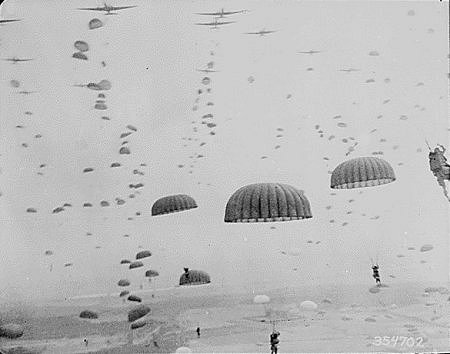 ● The Battle of Arnhem from Wikipedia, the free encyclopedia.

● Wehrmacht forces for the Ardennes Offensive from Wikipedia, the free encyclopedia.

● The Liberation of Holland from Canadian Encyclopedia.

● The Liberation of Holland in Photographs - September 1944.

● The Battles of Arnhem and Crete. "MORE than 100,000 Germans in West Holland are in process of organising a mass getaway. They are attempting to withdraw north and then eastward through the 25-miles gap between Arnhem and the Zuider Zee."

● Commemoration of the 66th anniversary of Operation Market Garden. "The date is September 17th 1944! The Netherlands are still suffering under the nationa-socialistic occupation. These are very uncertain times for the Dutch people with very little entertainment. A young girl from Groesbeek looks up at the clear skies and is surprised to see confetti falling down, bit by bit.
But was it really confetti?
What she didn't know is that it was not confetti falling from the skies, but 8000 brave paratroopers attempting to free The Netherlands from the German oppression. This great offensive started on September 17th in the Nijmegen area and would eventually lead to the liberation of the Netherlands in 1945."

● The Allied liberation of the Netherlands from TalkTalk.co.uk. "In 1944 the Anglo-American chiefs of staff decided to use the newly constituted British and American Airborne Divisions to assist in seizing the Rhine crossings at Nijmegen and Arnhem . . . After this the Allies turned their attention to opening up Antwerp. By 30 September 1944 the whole of South Beveland had been cleared by British and Canadian forces."

● Sgt Reckless - Korean War Horse Hero. YouTube video, 3:37 min. "Story of Sgt Reckless, a horse so heroic during the Korean war she was promoted to Staff Sergeant by the Commandant of the US Marine Corps, and is listed alongside George Washington, Thomas Jefferson, Martin Luther King, Mother Teresa and John Wayne as one of our all-time heroes."