The Air Raid of Nijmegen, 22 February 1944, and
Dropping Splinter Bombs on the Military Airport, March 1944

Feb. 22, 1944. Last week, 6 men tried to rob a distribution centre in the city of Amersfoort. They only had hand guns. One died. They did better in Den Haag, 60 men with pistols and machine guns showed up, disarmed 20 police officers and locked them in a room. The population just loved it, because the coupons they stole were for people who were wanted by the Germans.

Nice weather made the four-engine bombers come over day and night.

Feb. 27, 1944. Last week, they dropped bombs on the railway station in Nijmegen. 500 died. In Arnhem, they had a factory, good jobs, no casualties. Also a plant in Enschede. And in Ede, a warehouse with bike tires for the German army. We were 45 km from Arnhem but could hear the bombardment, day and night.

In Nijmegen, they executed 18 robbers and more to follow. Today, I got hold of two eggs, fantastic! because we had no more fat or bacon. Sometimes Mom had a little butter, because she still had a cow. If you could buy butter, it would be 18 to 25 dollars for 500 grams.

March 9 and 10, 1944. "Tim Biscuit" and I went again on his motorbike to the Province of Drente to buy some oats. We bought a truckload. So we went home to drum up a trucker and the right papers. But when we got to "the pick place" somewhere on a back road to look for the oats that we bought, they informed us, "You don't get any, he sold it to someone else". Greed won over need.

Last week, they dropped splinter bombs (or Splitterbombe, commonly known as Butterfly Bombs, or Cluster Bombs) on the military airport 15 km north of us, in Soesterberg. There were lots of casualties, but we never knew how many. They had inmates out of the concentration camp working there. I didn't do much work with my horse "Tommy" anymore. There was no need since there was no work. But money was plentiful. Just last week, I sold a truckload of rye and they gave me $ 888 (my profit). The coupons were the real value. 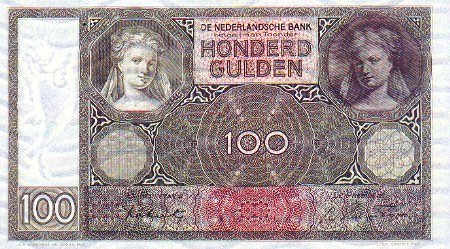 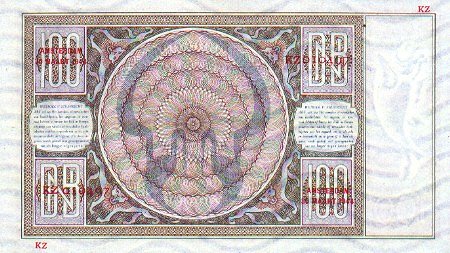 April 8, 1944. I went three times with Mr. Schaap to Drente with his 1939 Studebaker - the best truck so far which ran on wood gas and could haul 3 1/2 tons. We went on an empty load from Amersfoort to Wijster in 2 1/2 hours. We made it that day, got loaded, and returned home the next day. Curfew was at 9 p.m. But now Mr. Schaap wouldn't go any more. He said he had family problems, but I knew it was a dangerous thing we were doing. If we got caught, we would both lose our lives, and he would lose his truck too. However, we had one thing in our favor, when the delivery document was stamped and signed by the big boss, whoever he might be, no one dared to question us.

● Nijmegen in the Second World War. Includes: The Air Raid of 22 February 1944. "In the early afternoon of Tuesday 22 February 1944, Nijmegen was heavily bombed by planes of the American 8th Army Air Force. The resultant fires took until noon the next day to bring under control. Massive damage was done to the historic City centre. Nearly 800 Dutch civilians were killed and over 1,200 buildings were either destroyed or badly damaged. The railway station and a primary school received direct hits. The bombing was a mistake caused by poor navigation ..."

● Funeral of the victims of the bombardment of Nijmegen . YouTube video, 1:33 min.

● The cluster bomb: How it works from Independent.co.uk.

● Noted in Wikipedia, the free encyclopedia, well-known Dutch Jews who lost their lives in concentration camps in February and March 1944, include the following:

● Ernst Julius Cohen. Born on March 7, 1869 in Amsterdam, died on March 5, 1944 in a gas chamber at Auschwitz. "Cohen was a Dutch chemist known for his work on the allotropy of metals."

● Samuel Jessurun de Mesquita. Born on June 6, 1868 in Amsterdam, died ca. February 11, 1944 in Auschwitz concentration camp. "Samuel Jessurun was a graphic artist ... His pupils included ... Mauritis Cornelis Escher (1898-1972). With Nazi Germany's invasion of the Netherlands in May, 1940, de Mesquita ... was forced to lead a secluded life ... on either January 31 or February 1, 1944, the occupying German forces entered the home of the de Mesquita family in Watergraafsmeer ... and apprehended him, his wife Elisabeth, and their only son Jaap. Transported to Auschwitz, Samuel Jessurun and Elisabeth were sent to the gas chambers within days of their arrival on February 11; Jaap perished in the concentration camp at Theresienstadt on March 20, 1944."