When the Germans attacked Poland, Russia did the same. Each of them took half of Poland. But now Hitler ran over the rest of Poland on his way to Moscow. Russia was a big country and he moved very fast, but the supply lines became awfully long and he did get much help along the way.

The Russians burned everything behind them. Ads appeared in the paper to help the Third Reich in their heroic struggle against communism. Indeed several thousands joined the German army. They were more despised than anyone alive at the time. We believe they were sent to the Russian front.

Factories and machine shops all had to work for the Wehrmacht: make bolts, nuts and screws, anything and everything to keep the armies supplied. But the workmanship was very shoddy. The foremen called it inexperience but we all knew it was sabotage.

I had the means of transport, so I took many loads of contraband to the city where the demand was the highest. Only once did I get caught because of my own carelessness.

Jan Tijmensen had three bags of wheat to take to town. I threw them on the wagon and nonchalantly dropped a tarp over it. When I got to a check point there were two inspectors waiting and watching. Before there was only one inspector, but too many got beaten up.

The inspectors wanted to know what I had under the tarp, nothing of course. They did not believe me. One guy jumped on the wagon and said, "You did not have nothing". "Oh yeah, I forgot this was fertilizer, I put the tarp over so it wouldn't get wet." But they still did not believe me.

Then they escorted me to town. All along they wanted to know how I got it. "Okay I'll tell you. Last night a man with a long leather coat, about fifty years old, looked like a farmer, asked me if I had to go to town. I said, 'Yes, I have to get a load of manure from the city dump.' Then the man said, 'If I give you $5, will you take three bags of fertilizer for me?' I said, 'Sure, where do you want me to take them?' 'Keep them on your wagon, I will come and get them.' What else could I say?"

They kept me and the horse for the greater part of the day waiting for the man with the leather coat. He did not show, he did not exist.

When I had bigger amounts to haul, I would stack a whole mount of (takke bosse) bundles of twigs weighing about 25 kg each on top. This was a big job to load and unload but it was food. There was nothing more valuable than food when you were hungry. This was all grain, because there was no way the miller could grind it for you, they were under constant surveillance. People did not mind, most used coffee bean grinders and made bread or porridge or anything.

When people got hungrier, the farmers began to run short too, because there was a limit to what they could hide. So we went looking further away from home. A good place was the province of Drenthe, about 150 km away.

One morning, we took off on my partner's motorbike to find out what we could buy. This was a place with very few cities, so chances were good. However it did not go as planned.

Fifteen kilometers from home was a Razia: this was when 100 or more Germans surrounded a place. They let you in but nobody got out. Sure we saw those soldiers on the road but did not realize what was going on, we drove till they stopped us. Then we were stuck.

While we were waiting for transportation to take us to the interrogation centre, one young man started to run away. He was less than a hundred meters away when a bullet struck him. He fell down. Two Germans jumped on him, lifted him off the ground and dragged him onto a truck. He was still alive, we didn't know how badly he was wounded.

I felt terrible being that close: mostly you only hear about these things. Our interrogation was done by a policeman. We showed him our ID's which seemed to be in order.

Then he wanted to know what we were doing. We did have no way of knowing if he was a collaborator or on our side. I had been thinking of what to say. If we acted as if we were cooperating with the Germans, that would make him feel good. If he was against the oppressor and he thought we were for them, he had better be nice to us, otherwise his head would be on the block.

So in answer to his question, I explained, "We're on our way to help our uncle in Drenthe with the harvest. His helpers are all working for the successful completion of the struggle for a better life". Blah, blah, blah. We didn't know if he believed one word of what we said, but he set us free. All I knew was we were very, very lucky.

"The war on the Eastern Front, known to Russians as the 'Great Patriotic War', was the scene of the largest military confrontation in history. Over the course of four years, more than 400 Red Army and German divisions clashed in a series of operations along a front that extended more than 1,000 miles. Some 27 million Soviet soldiers and civilians and nearly 4 million German troops lost their lives along the Eastern Front during those years of brutality." 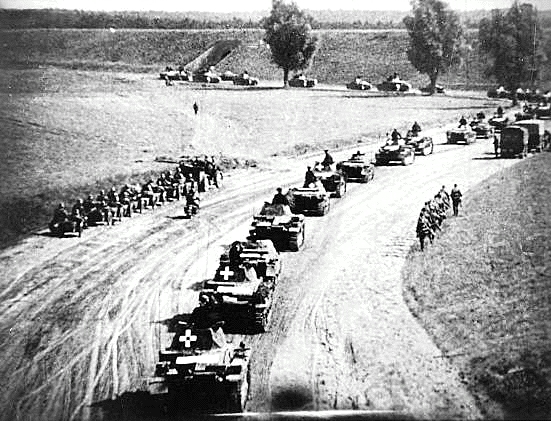 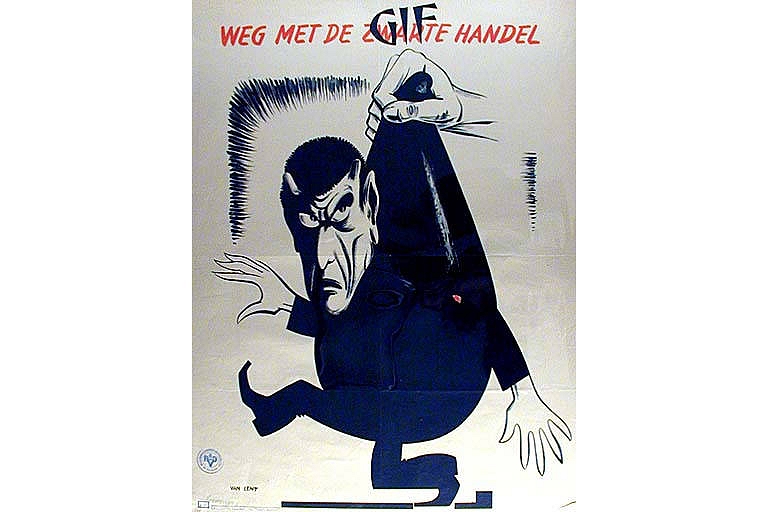 World War Two 1939-1945: The Blind Eyed Market. "We often bought up other peoples coupons. If someone didn't like butter, we got hold of their ration coupons straight away, shop keepers just turned A BLIND EYE!!!". This is happening because there is not enough food to eat. So they have been stealing lots of goods.

Fifty Years of My Life (1939 - 1990): A Memoir by Jeff R. Noordermeer. The Nazis take control of Holland. "All of the German troop movements were always done at night. The Dutch wouldn't cooperate with the Germans and they punished the Dutch by stealing all their food and slowly starving them to death.

All the underground coal miners in Limburg did everything to sabotage the coal production. The Germans needed the coal badly for their war production, but the coal production from the Dutch coal mines wasn't as much as they had planned. Many miners would unnecessarily call in sick for work. Others would cause self-inflicted accidents as they were working underground on a coal strip, for instance, they would use a hydraulic pick hammer which the miner was using for loosening the coal, and would stick it in his foot. This way he could stay home for several weeks with pay for a self-inflicted accident which the Germans didn't know about . . ."

During 1941, the food situation in Holland as in other occupied countries became worse. Farmers were ordered to hand over one seventh of their produce to the Germans, and to grow more potatoes, corn and rapeseed.

There were many other annoyances, such as curfews, everyone had to be indoors in Holland between midnight and 4 am and from early 1941 everybody was compelled to carry an identity card showing a photograph and two fingerprints."

The Dutch guilder from Wikipedia. Dutch: gulden; sign: ƒ or fl. was the currency of the Netherlands from the 17th century until 2002, when it was replaced by the euro ... The exact exchange rate, still relevant for old contracts and for exchange of the legacy currency for euros at the central bank, is 2.20371 Dutch guilders (NLG) for 1 euro (EUR). Inverted, this gives EUR 0.453780 for NLG 1."

World War II. "Operating as a Black marketeer, Opa would go around to all the factories, textile mills and the like and managed to obtain second grade goods, such as rolls of material, socks and balls of wool.

He would then visit farmhouses and trade his goods for foodstuffs such as bacon, eggs and milk. He also traded bikes, radios, stockings, soap and cigarettes as well as many other goods.

Holland used a coupon system, as did many other countries, coupons were used for items such as blankets, clothing, food and so forth. Each coupon could only purchase a particular item. The people would use all their coupons, even if they didn't need the item, the excess they would sell or trade.

Opa would buy these goods with money and this is how he set up his Black Market operation."

'White Jews', not 'good Nazis': How Germany rejected Holland's settler farmers by Cnaan Liphshiz. "In Ukraine, German anger was in particular aroused by Dutch activities on the black market. Some farmers sold everything they had, including uniforms of the NSB and shoes. 'Theft, swindle and exorbitant prices' were among the words applied to Dutch craftsmen in Rowno. Notorious for their trading skills, the Dutch became 'white Jews' to the Germans."