There was much happiness that day of our marriage, but it was also a very sad day, because my father and Margaret's mother could not be witnesses or be part of the festivities. They had both gone to heaven the year before on the same day. It was doubly tragic because Margaret was the first one in her family to make the vow and I was the first in our family to get the blessing from my parents.

Mama Rutten, née van Zeldert, was never strong. She had all kinds of trouble: shortness of breath, poor heart, swollen legs and I believe she was very overworked. She raised seven children, and lost four children in infancy. Two children died in one week: one was six weeks old and the other one year and six months old. This must have been a terrible loss for a young mother. Can you imagine the anguish she must have suffered? She never complained, but we knew she had a life you did not want to wish on your worst enemy. Toward the end, she just faded away. We all thought she was in great pain but there was no medicine that could relieve the pain. The children took turns at her bedside. After this long illness, she passed away while Margaret was at her side. Mama Rutten was still young at the age of 55.

My father Wilhelmus, called Willem, was a man of few words. I feel ashamed now that I never asked him more about his youth and life in the 1800s. He was born in January 1865. At the turn of the century, he was 35 years old. Apparently, his father had a very good farm, and was well to do. But according to Pa, he drank too much, so much too much that his whole farm went into the bottle. Then he became mentally incapacitated. He was so bad that he wrapped a bed sheet around himself, stood on a table and started to preach. He lost everything. This was what Pa told me about my Opa.

My father was an industrious man. He married when he was 42 and seemed to have lived a contented life. He never did make much money I believe, but we always had enough to eat while he was working. In 1933, when my older brother was 18, Dad let him do most of the work. Pa was 68 years old by then and certainly earned some rest.

He told me that once when he was a young man, he was hit with brain fever, whatever that was. He recovered and never was sick again in his life, except for a cold once in awhile. He also had his own teeth, all of them. He never ever had a toothache nor did he ever see a dentist.

During the war, when he was older, he was on the floor where we kept some hay for the cow. He looked up at me and at the same time fell back and hit his head on the cement floor. It scared the daylights out of me. I came down in a flash but he was already trying to get back on his feet. I asked, "What happened, Pa?" He absolutely did not know what I was talking about. He did not know he had passed out.

I pedalled to the doctor who came and checked him out. He diagnosed that it must be pa's heart. He said there was nothing you could do about it. "If it happens again, leave him alone, that is it." Yes, it did happen again, numerous times: at home, when he walked one kilometer to church each day, in church. It was always the same: no recollection of what happened and he never got hurt by his falls.

People came racing to our house: "Your father is lying on the ground." "No worry, he's up and around in no time. See, there he is." This happened several times.

But one fatal day, Doris van de Pol came to the house and said, "Something is really wrong with your father." "Why?" "He fell down and is not getting up." I found Pa where he fell in the meadow with his head half submerged in the water. The doctor and police came out, but Pa had taken off. He never suffered or knew that he did leave this world.

Was it coincidence or what, Mother Rutten and Father Kaas, both dying the same day in the month of the flowers, May 1946. They were both buried in the cemetery behind the church of St. Josef in Hamersveld. 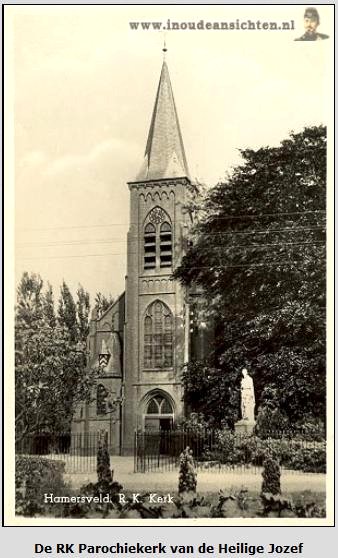 Translated from Dutch: The Roman Catholic Parish of Saint Joseph 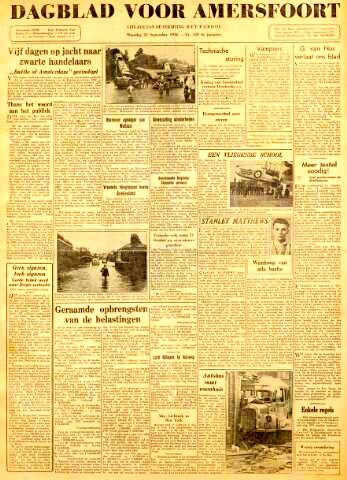