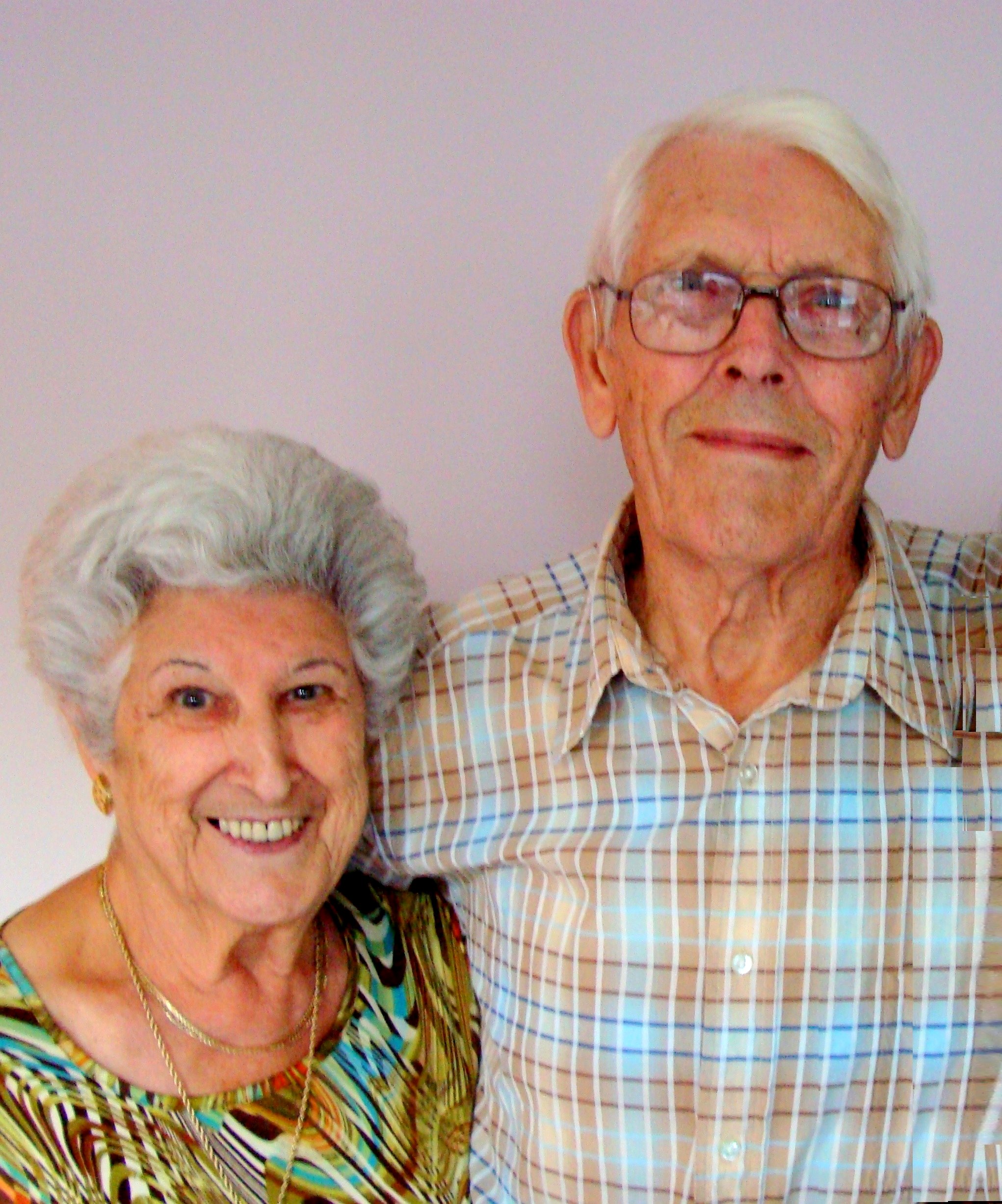 2012 was the saddest year in the existence of my young life. I would say it started in the winter of 2009 when we went to our Mobile Home in Bet-Mar in Zepherhills, Florida.

Leonie and I became the happiest couple the last year. In 2009, crossing the border in Buffalo was no trouble except Leonie only had an English passport which restricted her to only 90 days stay in any one year. So we left on November 15, 2010, thus we had to be back by February 15, 2011. Of course, we went right away to apply for her Canadian citizenship.

We went to Mares in 2011 that was over the 90 days on Leonie's passport, and my Dr. Ali told me that I had trouble with my aneurysm. We did not go to the Sushine state for the winter of 2011.

Fast action was not popular in government. So it was on March 22, 2012 when Leonie finally got her Canadian passport. But before that we got busy with the medical profession.

Now I have to go back a few years. Most everyday, I rode my bike from my home at 144 St. George Street (in Welland, Ontario) to John's Business located at 610 Broadway. But all of a sudden that came to an end on August 11, 2012. On that day, I tried to mount my bike as usual, but the front wheel fell into a hole, I fell and smashed my face on the ground. I broke three fingers and three ribs. My neighbor Jim called an ambulance. The hospital did a catscan of my face and decided that my eye was okay. Then in St. Catharines, they put a cast three times to try to repair the fingers on my right hand. It was about 95% successful.

The result of this fall made me realize that my time has come. Old age has finally entered my life and has changed things for me in a hurry but my mind has a hard time getting used to the idea of being old. Today, as of December 29, 2013, I am only 94 years old. I still want to finish my Autobiography. I want to go back to the Bet-Mar writers club, but so far, I lost two winters to visit my friends over there, and of course, I miss writing many more stories.

This shaking up (bike accident) has really put a brake on my daily activities. My writing pretty well came to a stop. I barely know how I got through 2012. I still have a few notes that Leonie and I wrote like doctors' visits. In August 2012, Dr. Ali told me that my aneurysm was up from 5.7 to 6.1. He advised me to have it operated before it popped. Okay, I was willing, so he put the wheels in motion. The only place he could find for me to have the surgery was in the Hamilton General Hospital. I could not understand why we paid $50,000,000 for a new Hospital here in Saint Catharines and yet they have to send me 65 miles away to Hamilton.

I went to McMaster University in Hamilton twice for tests, then many more times to the Hamilton General Hospital for X-rays, catscans, blood tests, etc.