The Expert Table Tennis Academy is Ben Larcombe's online community of over 7,000 table tennis players, from all over the world, who share the same goal: to improve their table tennis skills. It is FREE to join! As a member, you'll receive an email from Ben, a professional table tennis coach, roughly twice a week sharing exclusive table tennis tips and advice.

Greg's Table Tennis Pages. Include Articles that would be useful to anyone doing research on Table Tennis, as well as a Forum, Photo Gallery, Videos, Online Coaching Program, and other stuff. Resume of Greg Letts. Beginner's Guide to Table Tennis.

Is Table Tennis a Real Sport or Game? (Explained) by Bradley Anderson, Sep 23, 2020. "Is table tennis a real sport? The quick answer is - absolutely! The sport is famous; however, it is not very well understood. It is not just recreational fun or a pastime; it is an Olympic sport. Table tennis, in reality, requires outstanding skill and athleticism to master and offers actual physical and mental advantages. It is among the toughest games that entail a vast range of rules, strategies, grips, and much more."

Larry Hodges Table Tennis Page. Everything you ever want to know about Larry Hodges but were afraid to ask, you will find it here in this site. Among his numerous achievements, the amazing Larry Hodges is noted for being a Member of USA Table Tennis Hall of Fame (2003 Inductee); Director & Head Coach, Club JOOLA Table Tennis in Rockville; Author of Table Tennis: Steps to Success plus over 1000 published articles. Received a Bachelor's degree in Mathematics, University of Maryland in 1985, and a Master's degree in Journalism, University of Maryland in 1997. Site includes a tribute to his mother, Elaine R. S. Hodges (1937-2006) in a gallery of photos. Thank you, Larry, for sharing these wonderful family photos and memories with the world.

Mississauga Rattlers Table Tennis Club Photo Gallery. View photos taken at the annual banquets from May 2006, through 23 May 2018, to the past May. 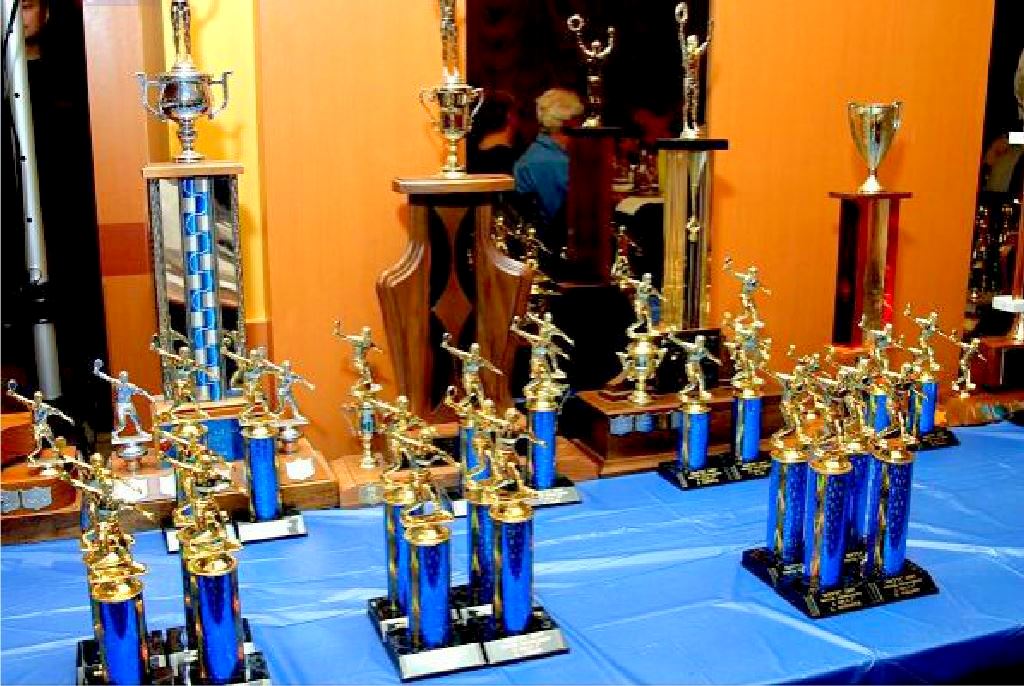 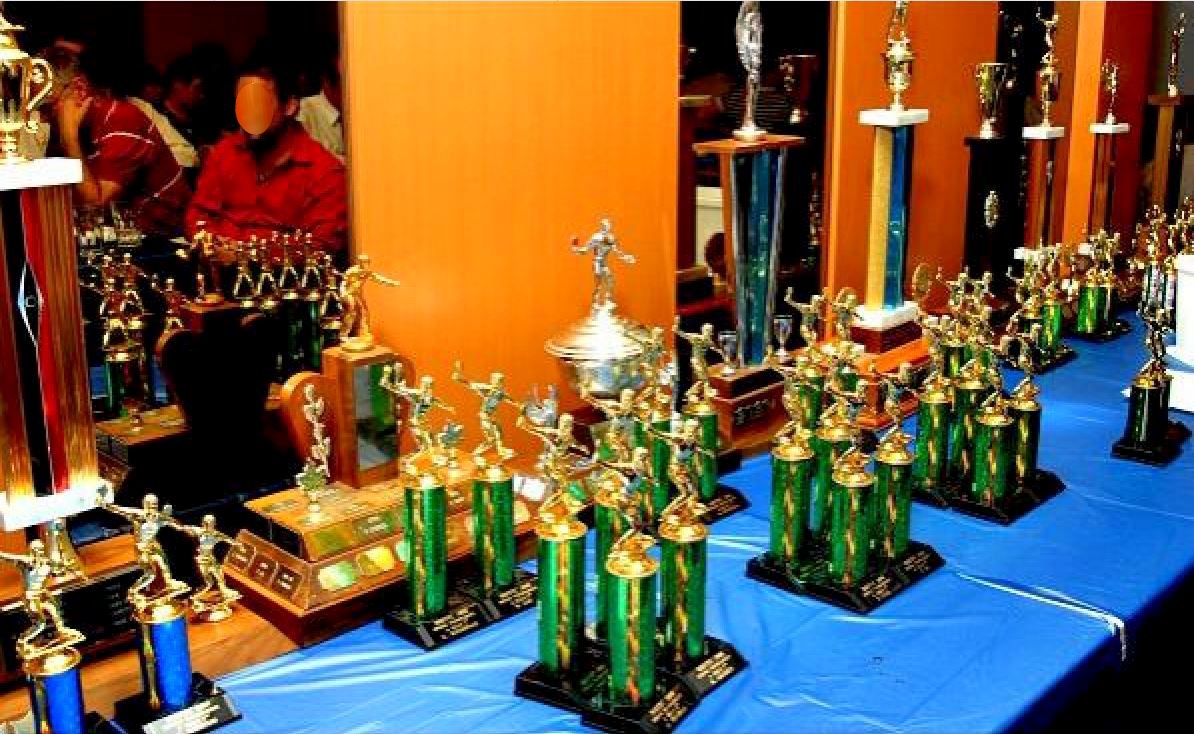 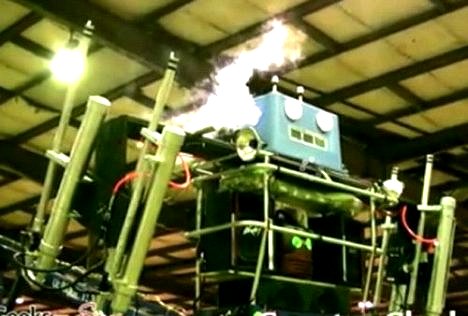 Table Tennis Cartoons and Comics from CartoonStock, a searchable database of over 90,000 quality gag cartoons, political cartoons, cartoon pictures and illustrations by over 300 of the world's best cartoonists.

No 1. Ma Long - Born October 20, 1988 in Anshan, Liaoning, China. He is called by the nickname "The Dragon" and "The Dictator". He is currently the longest reigning male world no. 1 table tennis player of all the time.

No 2. Jan Ove Waldner - Born October 3, 1965 in Stockholm, Sweden ... He is often referred to as "The Mozart" of Table Tennis. He is widely considered to be one of the greatest table tennis player of all the time because of his longevity in sport that needs hand-eye coordination and great competitiveness ... This longevity earned him the nickname "Evergreen Tree" in China ... He won Olympic gold medal in 1992 and silver in 2000.

No 5. Deng Yaping - Born February 6, 1973 in Zhengzhou, Henan, China. She holds a record of four Olympic Gold Medals in her active career. She has won 18 world championships including 4 Olympic championships between 1989 and 1997. She won the Women's double gold medal at the 4th table tennis 1995 world cup. She also won the women's single gold medal twice again at the 42nd and 43rd World Table Tennis Championship in 1994 and 1995 respectively.

No 6. Wanq Liqin - Born June 18, 1978 in Shanghai, China. He was the world number one table tennis player for 25 consecutive months from 2000 to 2002 according to the ITTF rankings. He started playing at the age of 6 and at the age of 15 he was selected for the Chinese men's national squad in 1993. He has won 3 major World Championships. He has won a bronze medal in the singles competition in the 2004 Anthems Olympics and is also a gold medalist from the doubles at the Sydney Olympics in the year 2000.

No 7. Fan Zhendong - Born January 22, 1997 in Guangzhou, Guangdong, China. Fan is currently ranked world no. 1 for men's singles by the International Table Tennis Federation (ITTF) ... At the 2012 World Junior Table Tennis Championships, he won gold medals in singles, mixed doubles and men's team competition. In the year 2015, Fan won gold medal in both the singles and doubles event at the ITTF Asian Championships. He also won four golds in the ITTF World Tour, two in 2015 and two in 2016.

No 8. Zhang Jike - Born February 16, 1988 in Qingdao, Shandong, China. He became the fourth male player in the history of table tennis to achieve a career Grand Slam after winning the gold medal in men's singles at Olympics Games in London 2012 ... Jike won the WTTC and World Cup in 2011 and then gold medal in the 2012 London Olympics. He also won the WTTC in 2013 and the World Cup in 2014 ... He is the only player who won 5 major titles in a row in table tennis history.

No 9. Guo Yue - Born July 17, 1988 in Anshan, Liaoning, China. She won the World Women's Table Tennis Championship in the year 2007 ... She was the World Table Tennis Women's Team Champion in 2006 Asian Games. In 2008, she won the Asian Cup Championship and also Women's singles bronze at the Beijing Olympic.

All the Way from China - Table Tennis Prodigy Xin-Xue Feng (11/23/09). YouTube video, 6:40 min. Seven-year-old Xin-Xue Feng is an incredible little Ping-Pong player. Ellen flew her all the way from China to show off her talent in her show.

Balls of Fury - Paddle Grip Technique and other video clips from YouTube. (Same clips as Balls of Fury.com Media - Video Clips and Trailers above, but with easier access).

A Funny Chinese Ping-Pong Match. Chinese table tennis video clip. How to beat an opponent whose hits never miss the table? Jump over the table to the opposite side and hit a bad shot for him. This Godly Ping Pong video - unbelivable table tennis play is accessible from Funny Videos.

Funny Video: How to play ping pong with a man's best friend.

Guy Plays Table Tennis Every Day for a Year. YouTube video, 5:00 min. Published on Jan 13, 2015 by Ben Larcombe. "The Expert in a Year Challenge followed the progress of novice table tennis player Sam Priestley during 2014, as he attempted to go from beginner to expert in just one year and break into the top 250 players in England."

● Jan Ove Waldner - The Master of Ball Placement. YouTube video, 4:39 min. Published by TableSkills, Apr 7, 2017. "Jan Ove Waldner was one of the best table tennis players of all time. His brilliant blocking and ball placement let him win many titles. He will not be forgotten in the table tennis world."

● Ma Long - Top Spin Machine (The Dragon Warrior). YouTube video, 6:45 min. Published by Top 8 TT, Feb 25, 2017 . "Ma Long is no. 1 ranking player in the world. He is the Grand Slam champion, which includes gold in the Olympics and titles at World Championships and World Cup. Ma Long's nickname is 'Fei Long' ('flying dragon'). He's also known as the Dragon Warrior."

Table Tennis Daily Most Popular Videos. Viral hits for you.

Table Tennis: Is there something not possible? YouTube video, 7:26 min.

Werner Schlager: He is NOT normal! YouTube video, 0:51 min.

Think Table Tennis is not a real sport? Then watch this!. YouTube video, 3:35 min. Published by TableTennisDaily, Aug 2, 2017.